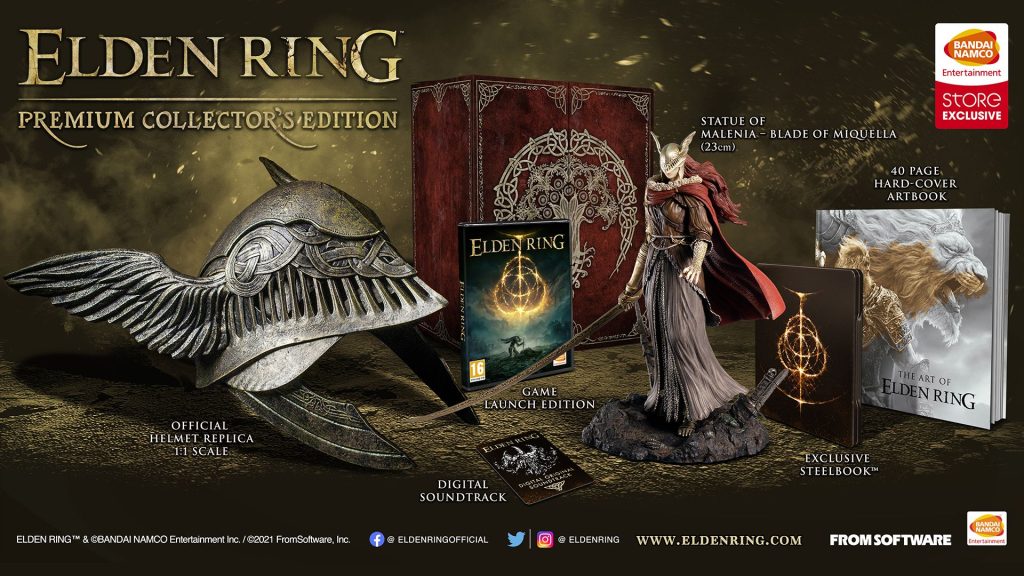 Along with debuting 19 minutes of new gameplay for Elden Ring, Bandai Namco and FromSoftware have officially revealed the various editions that players can pre-order. There’s the digital Standard ($59.99) and Deluxe ($79.99) Editions with the latter including a digital art book and soundtrack along with the game.

In terms of physical editions, there’s the Collector’s Edition for $189.99 which includes the game, an exclusive Steelbook, a nine inch statue of Malenia with the Blade of Miquella, a hardcover art book that’s 40 pages long and a collector’s box. The Premium Collector’s Edition, available exclusively via the Bandai Namco Store for €259.99, includes all of the above along with a 1:1 replica helmet.

All who pre-order will receive the Adventure Guide which provides helpful information for the player along with a bonus gesture for use in-game. Elden Ring is slated to release on February 25th 2022 for Xbox Series X/S, Xbox One, PS4, PS5 and PC. A closed network test will start on November 12th and end on November 15th. Stay tuned for more details en route to release.