Dataminers have discovered quite a few details for what could be DLC for Elden Ring, including 30 new boss fight flags, new weapons, and even new NPCs. 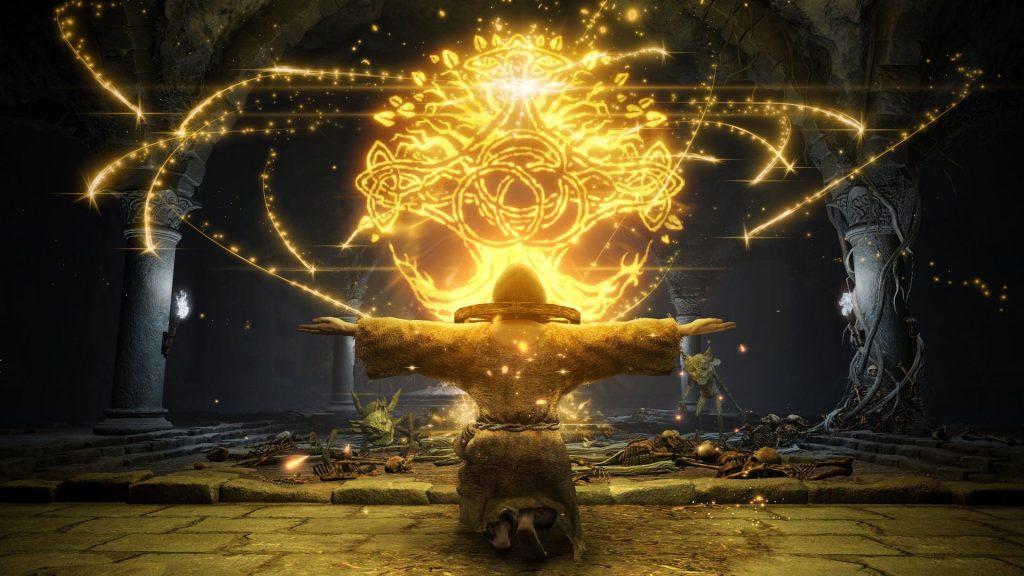 Evidence for potential Elden Ring DLC keeps piling up thanks to dataminers meticulously going through the game’s various files that get added through updates. In the latest set of evidence, dataminer Sekiro Dubi has discovered 30 new flags for boss fights.

While this doesn’t necessarily mean that there will be 30 new bosses to fight in Elden Ring‘s eventual DLC, it does mean that developer FromSoftware has gone through the effort of at least creating 30 rooms that treat their encounter as if they are boss fights.

Other details discovered by Sekiro Dubi include new hair style choices, six new weapons, a new map dubbed Colosseum, and 16 NPC entries titled “Someone Yet Unseen”. Interestingly the 16 NPC entries could also be referring to some of the DLC’s new boss fights.

Neither FromSoftware nor publisher Bandai Namco have officially announced any DLC for Elden Ring as of yet, so as is the case with any rumours, these “details” should be taken with a grain of salt.

Elden Ring is available on PC, PS4, PS5, Xbox One, and Xbox Series X/S. For more details, check out our review.

So… in the section where boss flags are declared they left out room for 30 flags for DLC purposes. So, I'm not saying the DLCs are going to add 30 new bosses, but they made room for as many of those