ELEX from Piranha Bytes was a decent package for those that enjoy their RPGs with a hearty helping of old-school sensibilities on the side. It prioritized its signature challenge and grind-heavy action of the gameplay before all else; even polish, narrative cohesion, and fun combat. And yet, somehow ELEX managed to make it all work well enough to be a decent game. ELEX 2, for better and for worse, mostly treads those same waters. With only a small handful of improvements over its predecessor and a couple new problems of its own, ELEX 2 succeeds in little more than being another ELEX game for those who dug the first one.

The elephant in the room here, and perhaps ELEX 2’s greatest achievement, is the densely-packed open world that feels very much more like the dystopian sci-fi world Magalan that the first game wanted to be. Not because it’s particularly large or detailed, though, but rather, because of what inhabits it. Between members of the game’s five major factions, the eclectic assortment of monsters that range from giant trolls, to raptors, to flying insects, and even crazier things, you won’t be running around for very long before running into something of interest. The problem is, of course, with ELEX 2’s complete disregard for pacing of any sort. One second you might be slaying small monsters way under your level, then the next, getting one-shotted by a giant robot that’s exponentially stronger than you. 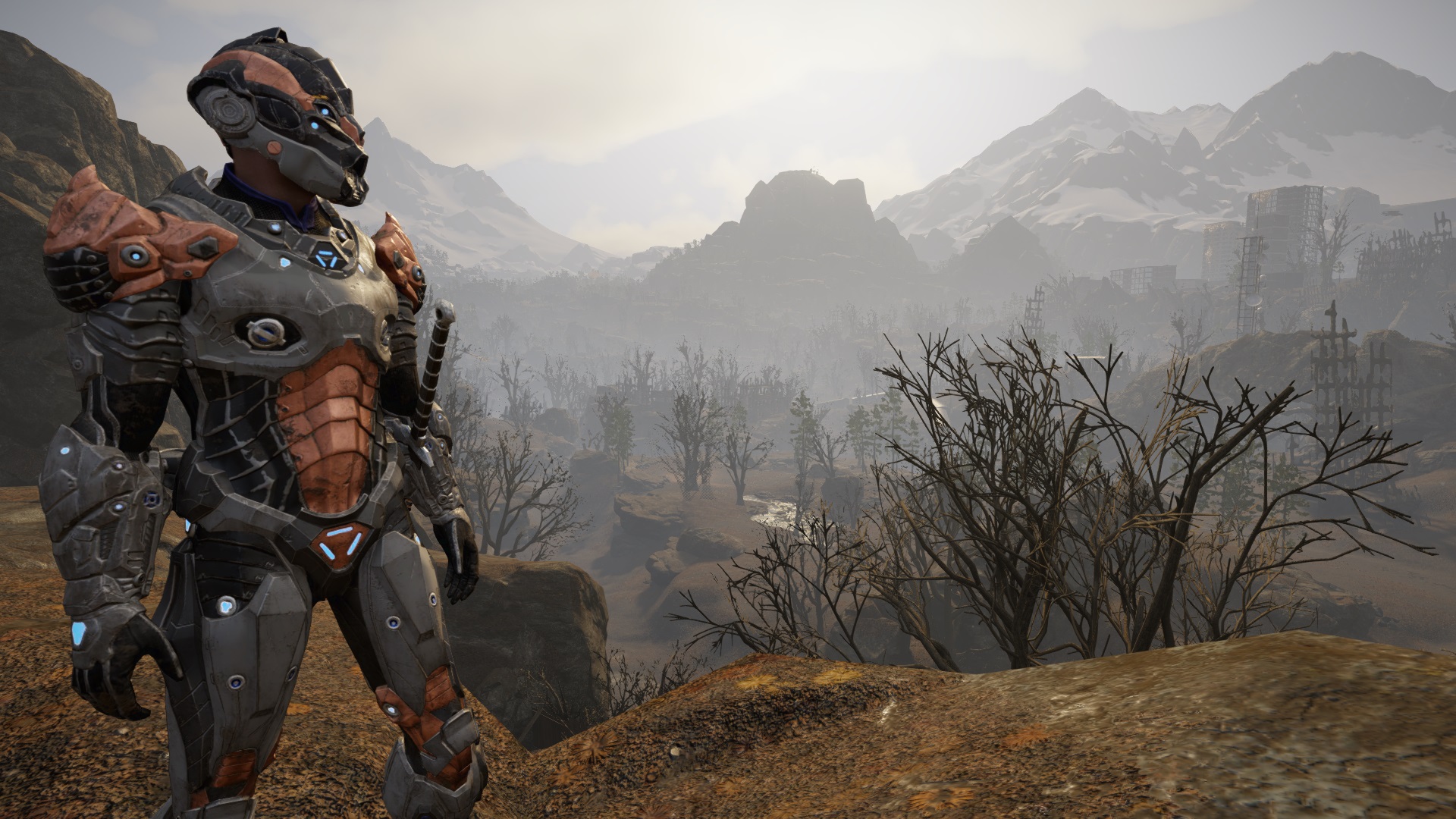 "With only a small handful of improvements over its predecessor and a couple new problems of its own, ELEX 2 succeeds in little more than being another ELEX game for those who dug the first one."

On top of that, some NPCs can turn on a dime and become enemies. Some behave differently depending on what you’ve done leading up to meeting them, and some quests are effectively impossible to complete depending on when you accept them. The first side-quest I came across after starting the game involved me following another NPC to go kill a giant troll, which seemed like a great way to start, but upon getting there and seeing him kill the NPC in one blow, then seeing that I do no discernible damage to him at all, the entire excursion felt like a totally pointless non-sequitur that had zero respect for my time. It would’ve felt like padding if it wasn’t so obviously poor game design. Some quests, on the other hand, involved nothing more than killing a few bugs or even just attending a concert of all things.

You just won’t always know what you’re getting into until you’re in it. And to be fair, an unbalanced world that shows you things you can’t do yet is not an issue in and of itself, in fact, some of the best games ever made do that. But it’s all about execution, and ELEX 2 is a bit too comfortable with not letting you know how over or underqualified you are for any given situation that it can feel like a lot of unnecessary time gets wasted as you try to earnestly carve your own path through the game. Your best bet to mitigate this is to simply spend the first several hours of your game just running around looking for enemies you can kill, avoiding those you can’t, and farming experience from menial side quests that you can hopefully complete while saving constantly and hoarding as many resources as you can along the way.

While there is certainly an audience for that sort of thing, I still don’t really think I can give it a pass with how stilted and clunky the combat itself is. Jax swings melee weapons around with no real flow or natural animations that connect one move with another. Chaining together multiple attacks feels okay when it works, but given the finicky lock-on function, and janky performance of the game generally, you end up fighting the game almost as much as the enemies too often. I’ve always said you can get away with having grindy repetitious combat or janky combat, but you cannot have both. ELEX 2 sadly has both, making its moment-to-moment combat little more than a wash. "I’ve always said you can get away with having grindy repetitious combat or janky combat, but you cannot have both. ELEX 2 sadly has both, making its moment-to-moment combat little more than a wash."

I say “little more” because things do improve with more advanced weaponry. It’s a long road of getting leveled up to the point where slightly more interesting weapons are even an option, though, and that payoff is only arguably worth the tumultuous grind of getting over that hump anyway. The most tension you’re likely to feel with most of ELEX 2’s combat is when you’re worrying about the chugging frame-rate causing you to miss a dodge that you otherwise would have been able to squeeze in. The tried-and-true RPG mechanics of upgrading weapons and cooking different meals and attributing experience points into Jax’s abilities creates a functional system, but again, you won’t be doing much with it for a long time, and when you do, it kind of feels like climbing all the way to the top of Mount Everest to get to a McDonalds.

The more versatile jetpack of ELEX 2 does make some progress keeping the action from falling too far into inadequacy. Blasting out of a tricky combat situation to higher ground, and discovering nooks and crannies that would otherwise be inaccessible does inspire a sense of discovery that is perhaps the most addictive thing ELEX 2’s core gameplay has going on. Despite not really caring about what or who I might find, I still felt like exploring around the mountains, coves, and ruins of Magalan to be oddly intriguing a lot of the time. Perhaps that comes from the liberal inclusion of so many thematic concepts into ELEX 2’s world. Fantasy, sci-fi, dystopia, and mysticism all feel represented to one degree or another somehow, yet click together in a weird way to make ELEX feel like its own thing.

I can’t sit here and tell you ELEX 2 performs well on the PS5; it doesn’t. Nor can I tell you there is any sort of apparent reason for that; there’s not. The game struggles to keep a coherent image together with sometimes multiple lines of screen tearing at once, let alone a stable frame-rate. Despite the graphics themselves being pretty stale a lot of the time, ELEX 2’s frame rate sunk down to some of the lowest depths I’ve seen from any game on the PS5 yet. Even the overworld map can’t even hang on to a frame above single-digits despite being completely flat and exceedingly simple. Locations with multiple enemies and/or running water were the worst and almost made the game unplayable. 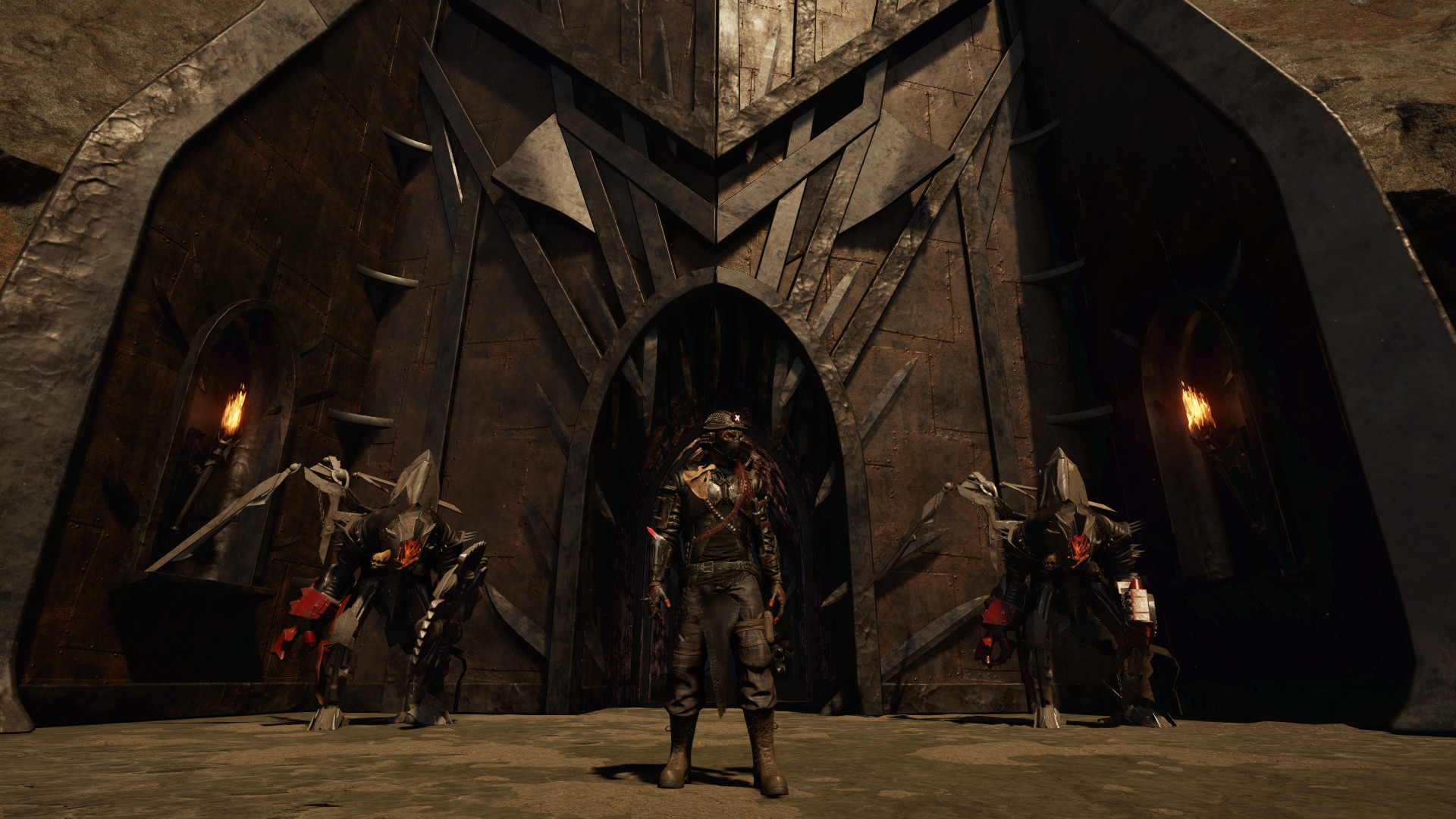 "ELEX 2 is not a game that gives you a very good sense of purpose or even immediate goals at times, nor does it have a very interesting cast of characters or a particularly good story."

That said, looking at some surfaces in the world up close can reveal a nice amount of detail. Clothes, weapons, enemies, and some of the NPC’s can look pretty good, but it’s very inconsistent, with many other textures that look ripped straight out of a PS3 game. Likewise, some smaller animations like mouth movements and other micro expressions came off as well-done, but then some bigger movements – like a lot of the ones in combat – look like they were slapped together the night before they were due. Uneven lighting doesn’t do character designs any favors, and can turn some characters quite dark during conversations with them. So, depending on where you are when you talk to them, you might not be able to even tell what they look like anyway.

ELEX 2 is not a game that gives you a very good sense of purpose or even immediate goals at times, nor does it have a very interesting cast of characters or a particularly good story. Nor does it run very well or reward the player for trudging all of those issues in a way that feels proportional. Yet I can see why the uphill battle of getting much of anywhere and the perpetual mystery of what exactly you’re getting yourself into at any given time can add up to a genuine delight for the right players. There are undeniably some addicting loops to be found beneath the rubble, but not enough to make this a particularly recommendable game in a day and age where so many better iterations of this genre already exist. If this was simply a case of the game catering to a niche crowd and being “more about the journey than the destination” I could roll with that. But with mediocre-at-best combat, vanilla-at-best graphics and some staggeringly bad performance issues eating away at ELEX 2’s already limited appeal, I can’t help but advise those entering this version of Magalan to proceed with caution.

Final Verdict:
AVERAGE
ELEX 2 doesn’t have much going for it outside of some incremental improvements over the first game, limiting its appeal more than it needed to.
A copy of this game was provided by Developer/Publisher/Distributor/PR Agency for review purposes. Click here to know more about our Reviews Policy.