ELEX Interview: Of Jetpacks and Magic

The makers of Gothic and Risen discuss their upcoming new IP.

It’s not easy creating a new action RPG IP, especially one in a new universe that combines science fiction with fantasy. The challenge is especially interesting for Piranha Bytes, the developer of ELEX which is better known for its work on the Gothic and Risen series. What separates ELEX from those other franchises and how does it compare to today’s standard for open world action RPG action? 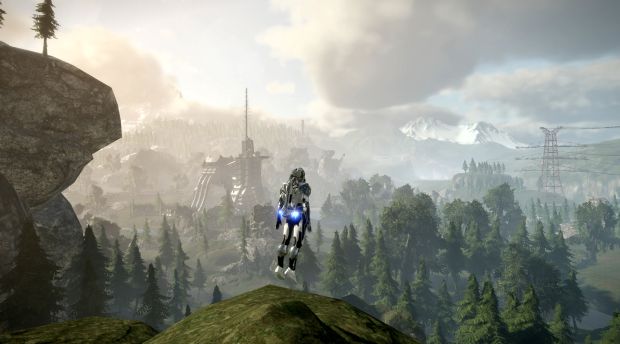 "For ELEX we’ve created the combat system from scratch. We want players to have complete control over their different attacks, but without making the controls too complicated."

With two established properties in Gothic and Risen, what motivated you to go down a different route and create a brand new IP?

We’ve been developing open-world fantasy RPGs for the last 20 years, and so we felt that there’s time for something new. But on the other hand, we love to create fantasy games with a lot of freedom in a simulated, living game world, so we thought we should stick to that, but approach it from a new angle. So, we were looking for something that has more stark contrasts, and gives us more gameplay possibilities, without being stale at the same time, and so we ended up with our science-fantasy setting.

This new setting allows us to add so many more new gameplay features, like hacking or the jetpack.  Especially the jetpack, which also is a symbol for the freedom we want to give the players in our game world – moving through the game world without boundaries. And with THQ Nordic we finally found a publisher that also believed in the concept, and voilà – ELEX was born.

How do the various factions in the game affect the player’s experience? Are there are special abilities to be gained and side missions to unlock by aligning with these factions?

Each faction on Magalan – the world our game is set in – has its own history and a distinct way of life. Of course, they’ve also got their own armors, ranks, weapons, skills and side missions, but what really counts is their view on the future of Magalan, and how they want to shape it.

Picking one of the factions is one of the most important decisions you’ll make in the game, and your choice will change how other NPCs in the world see you and react to you, and that will also alter your storyline. Besides that, we also added a new moral system to the game that includes many moral choices that also change the behavior of crew members and other NPCs.

What kind of combat system will ELEX employ? Is it akin to the combat in the Gothic and Risen series?

For ELEX we’ve created the combat system from scratch. We want players to have complete control over their different attacks, but without making the controls too complicated. Let’s just say, we really dislike just plain button mashing, but are aware that many players just want to enjoy the story, and so we developed something that’s both accessible and challenging at the same time. The key here lies in the AI behavior of the enemies.

We have a melee and ranged combat system, and the great thing about our setting is that it allows us to have all the weapons you can think of! Swords? Check. Flame thrower? Check. Rocket launcher? Check. Chainsaw combined with sword? Check!

You will have heavy, light and special attacks, and they can be combined to combos. You can evade, block, jump, and also use the jetpack for attacks. And there are shields, heavy weapons, two handed weapons, and of course there’s also magic. Ranged weapons will have different munition types and trajectories. And since our games are all about freedom – the difficulty and the complexity of the combat system can be customized, so everybody should find the right level of challenge to get the exact right experience he or she is looking for. 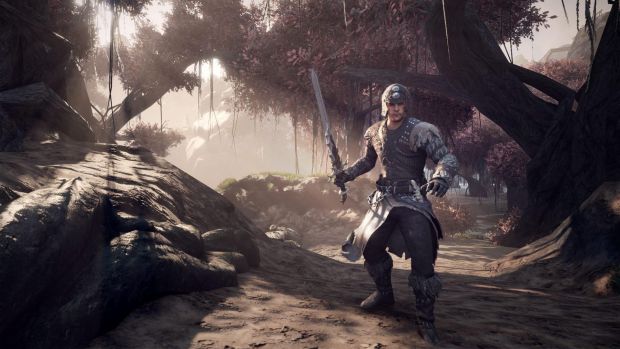 "In our post-apocalyptic world, that mixes both fantasy and sci-fi ideas, you never know what comes next."

With so many different abilities and weapons in the game, how can players use these for various attacks? How are long-ranged attacks balanced with short-range melee weapons and various skills?

It’s a huge open world, and as we said, our games are all about freedom – so the player can find, buy or craft their weapon of choice. There will be many different enemies in the game, and each has its own strengths and weaknesses. Weapons also have different damage types, so what seems to be the perfect weapon against one enemy might be weaker against others. We’ve found that it’s really fun to find your own way of playing the game by choosing your own weaponry.

ELEX has a mix of both medieval and futuristic ideas. Does this approach help to bypass some of the limitations that a purely sci-fi or purely fantasy-based setting would provide and how?

Short answer: Yes. In “pure” fantasy or sci-fi games there’s already a certain set of expectations player have, and if you don’t fulfill them, players will be disappointed. But in our post-apocalyptic world, that mixes both fantasy and sci-fi ideas, you never know what comes next. The game is full of contrasts, and every location is unique, so there will be a lot to explore. The different settlements and landscapes make sure that your journey will be exciting. The setting also allows us to use a more modern language in dialogues and missions, which – combined with the fantasy elements – makes the experience even more exciting.

Will there be vehicles to pilot in-game? If so, what vehicles can players use?

The jetpack is an essential part of the movement. Besides the usual possibilities of movement, like walking, running, swimming and teleporting, you can reach almost every point in the game world with your jetpack. Who wants to drive, if you can fly? 🙂 But jokes aside, we thought about it, but then decided against it, since with vehicles you need a lot of space between locations, which usually is rather empty, and we want our game to be dense in action.

How large will the game’s world be? Will there be side missions, markers and NPCs to talk to along with secrets? Could you provide an example of a typical mission?

It’s the biggest game world we ever made. It’s about 1.5 times bigger than the world in Gothic 3, and we’ve not only increased the size of the world, but also increased the density.

There are more characters and missions in the game than in any of our previous games. Besides the huge main story, you can play tons of side quests with different endings and consequences. We have ensured that the challenges and quests in the game are very varied, and your behavior will also have a huge impact on the story. So, there is no “typical” mission, because every part of the world will be very different. There will also be different ways to solve missions, like entering a town violently or getting in by helping a stranger, although you don’t know what consequences that will have. 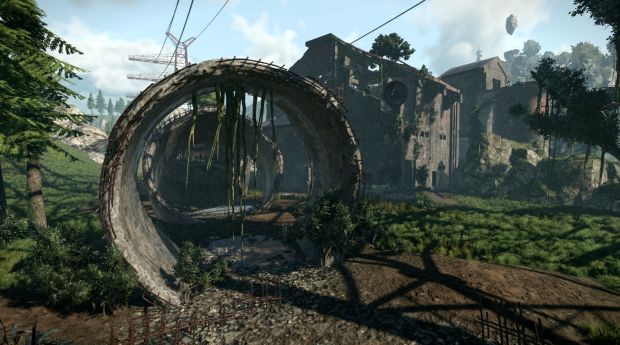 "Like in our previous games you will have an unlimited inventory, so exploration and scavenging is a vital part of our game."

Will crafting or scavenging play a part in ELEX? What kinds of options will players have for how they choose to play (different builds, missions with different approaches, etc.)?

We created a typical role-playing game, so you get experience points for defeating enemies or solving missions, and with every level you reach you get learning points. These learning points can be then used to learn new perks and skills from teachers in the game world. But which teachers will be willing to teach you depends on your story choices.

You can find a lot of items on your journey, but you can also craft weapons, stims, and potions. Like in our previous games you will have an unlimited inventory, so exploration and scavenging is a vital part of our game. And there are also a lot of books, letters and audio logs you can find, that tell you more about the history of various locations and the characters you meet.

What are your thoughts on expectations for open world action RPGs in this day and age, especially after titles like Fallout 4 and The Witcher 3, and even with upcoming titles like Scalebound (Note: Interview conducted prior to Scalebound’s cancellation) and Horizon: Zero Dawn?

We also play games in our free time, especially RPGs like Fallout 4 or Witcher 3, and all of these games are brilliant in their own regard. Although both games are open world RPGs, Fallout puts its focus at crafting and exploring, while Witcher excels at storytelling and presentation. So, all of these games are gems in their own regard, and we hope that ELEX will be no different. We’re looking forward to play more excellent games in 2017.

When can we expect ELEX to release?

We plan to release ELEX for PC, PS4 and Xbox One in summer 2017. We don’t know the exact date, yet, but as soon as we know it, we will announce it.