Is dedicated capture equipment really necessary in this day and age?

It’s gotta be rough trying to sell dedicated game capture equipment these days. The advent of the newer consoles, which have video sharing features such as saving gameplay clips or real time livestreaming over Twitch or uStream, as well as screenshot capabilities, built right into them, has rendered dedicated capture cards a little obsolete, at least as far as the average end user is concerned. Oh, don’t get me wrong, for the enthusiast who’s really into capturing game assets and/or livestreaming, the features on the PlayStation 4 and Xbox One barely suffice, and dedicated capture equipment is almost a necessity, but for most people? It’s an anachronism: why spend $200 on a capture card for my console when it does most of that stuff just as well right out of the box?

In a sense, it’s like the classic handheld game system conundrum. Handheld game consoles have also found their existence questioned by non dedicated mobile game players (namely smartphones and tablets). Are these smartphones and tablets as good at playing games on the move as dedicated handhelds? No, but it hardly matters, does it? The average person is content playing Temple Run on his iPad.

Into a market like this, Elgato has released its newest game capture equipment, the Elgato Game Capture HD60. The obvious question here isn’t if it’s good – we’ll get to that in a minute, but the long and short of it is that it is, it’s very good – the question here is, who exactly is this made for? And is it good enough for them? 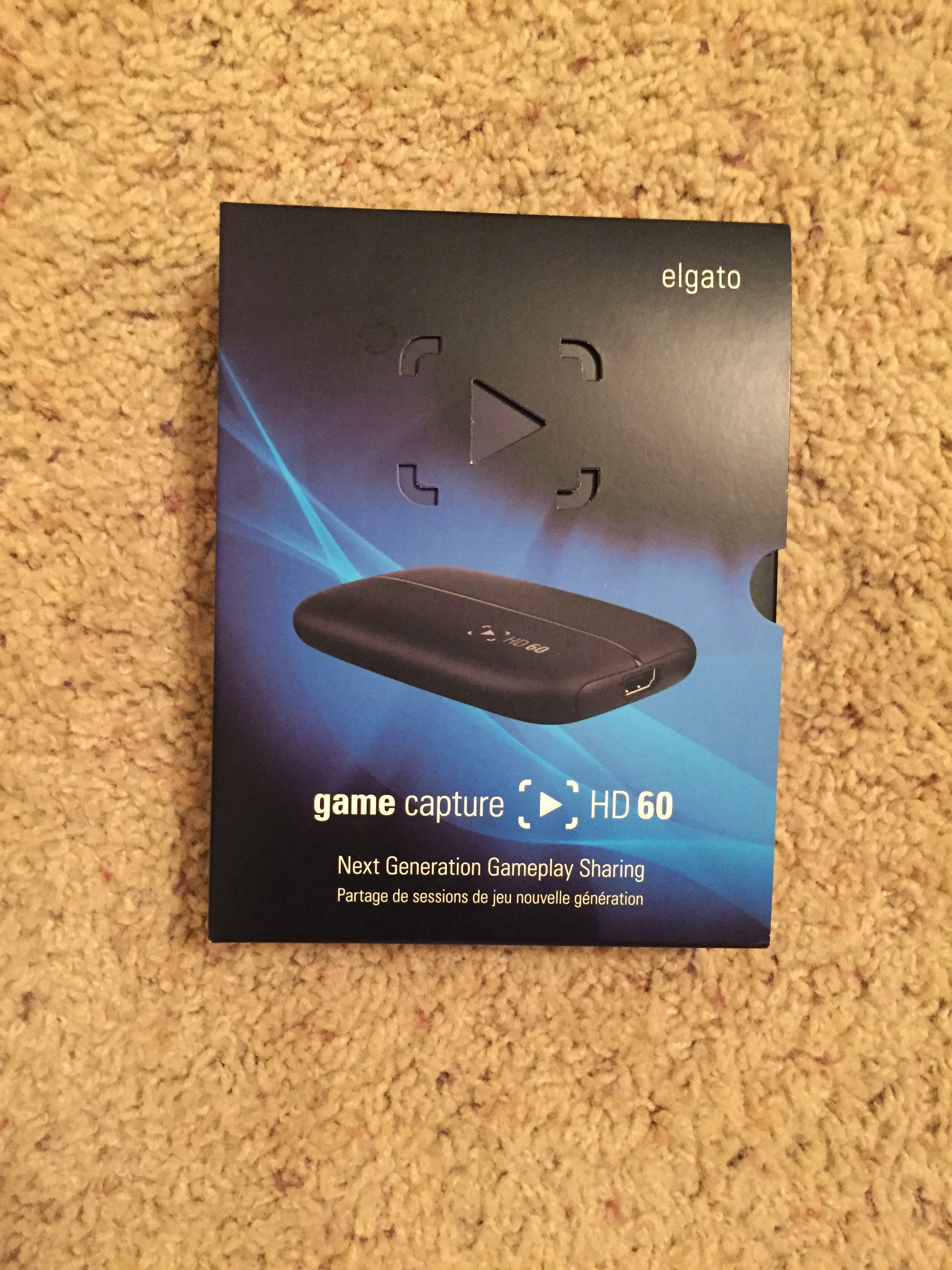 The packaging is small, simple, and to the point- a portend of the actual unit itself.

"If you're a first time user (of dedicated capture equipment in general), then it might be a little baffling, and just a little daunting: what exactly are you supposed to do with this thing?"

But see, even though the emphasis on the simplicity of packaging is almost Apple-like in nature, the statement that Elgato is making here is the exact opposite: this isn’t aimed at the casual user with a simplicity so obvious you don’t need any documentation to help you out. To an extent, that may stand true, but trivial matters such as finding and downloading the companion software for the capture card, that are instrumental in actually using the thing, are not included, nor does the unit initiate an automatic download on your computer when it is plugged in. It’s pretty obvious, the makers of the HD60 expect you to go online and track down the software, and download it yourself. They assume a little bit of pre-knowledge on your part. They assume that if you are buying this, you have to be an enthusiast, and an enthusiast knows how to do a fair bit. No need to baby them.

On the whole, this focus on staying out of the way serves the HD60 well. It’s a small, unobtrusive unit, it works incredibly well and exactly as you’d expect it to, there’s absolutely no fuss, and you don’t have to muck around with anything- as long as you have at least some idea of what you are doing, you just pull it out, plug it in, and it goes. 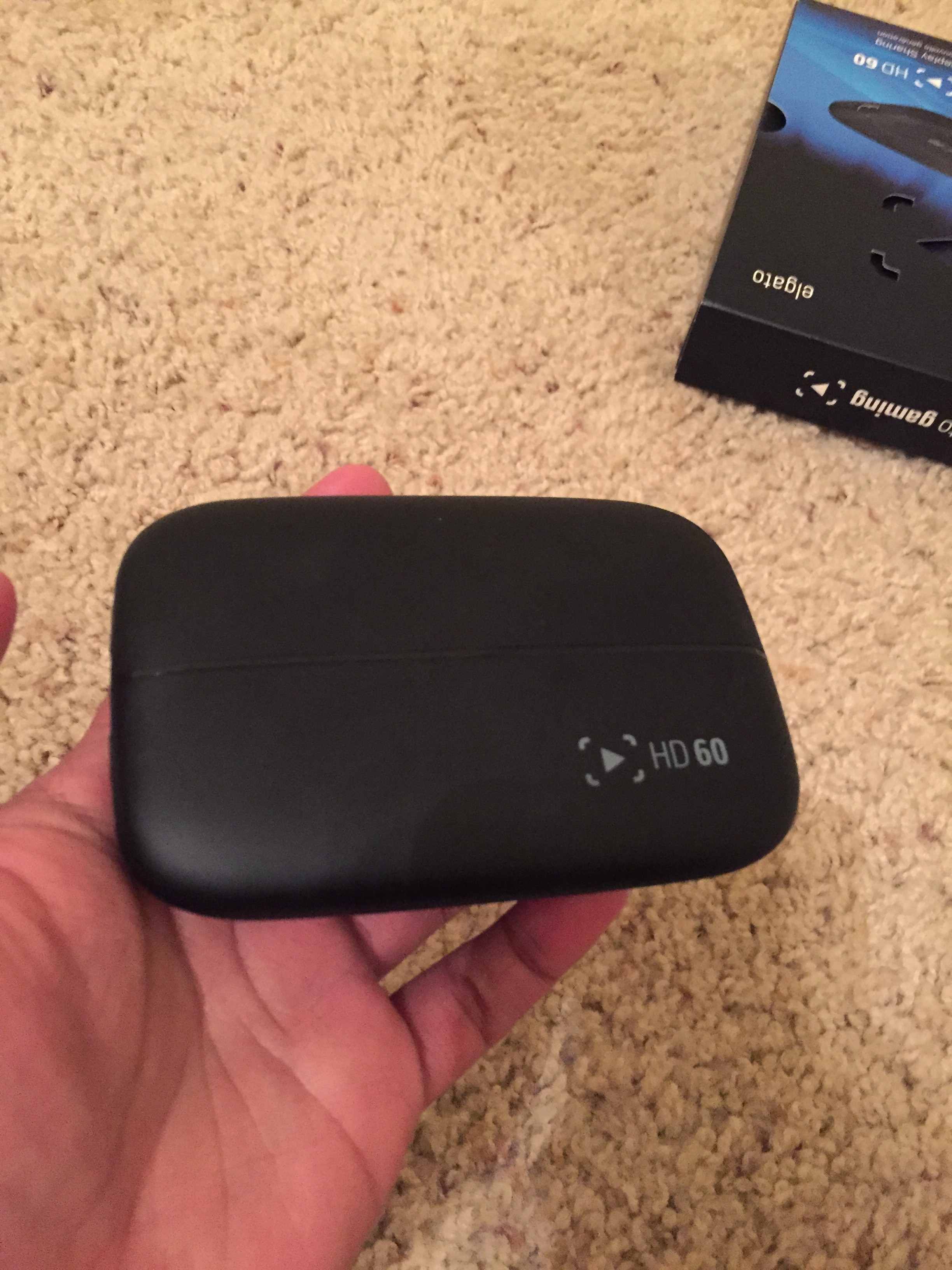 The unit itself is extremely small- it weights nothing, and is lighter than most TV remote controls. It’s hard to imagine something so small can provide such a range of gameplay sharing and streaming options, but there you have it.

"The HD60 is a powerful tool. It works as advertised (and then some more, since it seems to work with consoles that aren't plastered all over the packaging prominently), and as an external capture tool, it gives you complete control over what you capture, and how it is ultimately presented. "

The most amazing thing is how well it works, and with an incredible range of hardware- PlayStation 4 and Xbox One are both supported, as the box advertises all over the place, but it also reminds us via one small sticker that was probably added in at the last minute, so is the Wii U. That’s interesting, but it makes sense, as apparently, any HDMI output that isn’t HDPC encrypted is fair game. Essentially, this means that in addition to the Wii U, the Xbox 360 is also supported, although I can confirm that the PlayStation 3 is not- apparently, the PS3 outputs HDPC encrypted video, and the HD60 can’t seem to work with that.

The entire setup is easy: the HD60 essentially acts as a pass-through for your console, with it being the input for the HDMI chord from your console, and then a further HDMI chord connecting it to your TV. Finally, a USB cable connects the HD60 to your PC, where the Game Capture HD software lets you control your incoming feed.

Elgato promises us that this setup sidesteps the obvious issue of gameplay lag that another series of connections would create for your video. I can confirm that an extremely minor lag does exist (mostly confirmed by a very unscientific analysis of mirrored video output on my TV screen and Wii U controller). Nonetheless, it seems to be so minor that unless you are playing a frame perfect and demanding title such as an Arc Systems fighter, it’s rarely going to be an issue.

On the software end, once you have found the Game Capture HD software client that is necessary to use the HD60 hardware, you’ll find that it is a breeze to use. It’s a very full featured suite- it lets you record your gameplay, also telling you how much hard drive space you have left, so that if you’re running low, you can plan your gameplay recording accordingly. It also lets you edit your saved videos with a shockingly full featured editor. Finally, it also lets you stream your gameplay online directly, to sites including Twitch, uStream, and Youtube. Setting up a livestream is as easy as it can be (in other words, a first time user will probably balk at the process), giving you full control over not just your stream title and description and tags, but also the bitrate, streaming resolution, and servers you want to stream at, and the hardware and software here both perform admirably.

So, what’s the takeaway from this? The HD60 is a powerful tool. It works as advertised (and then some more, since it seems to work with consoles that aren’t plastered all over the packaging prominently), and as an external capture tool, it gives you complete control over what you capture, and how it is ultimately presented. Where the inbuilt console tools on the Xbox One and the PlayStation 4 come with a set of caveats (the PS4, for example, seems to black out all indications of console UI, including Trophy notifications, when it comes to video capturing and sharing), this gives you the full deal, and a simple but powerful set of tools to give you full control over your experience.

To the average user, the necessary $180 investment that this card mandates is going to be an unnecessary cost- the tools provided for gameplay sharing and saving on their console is more than enough for them (and for the average Wii U user, it’s not even a consideration beyond maybe MKTV); but for the enthusiast, the HD60 is almost a necessity, and at that price, pretty much a steal. Extremely capable, extremely compatible, extremely powerful, extremely simple, the HD60 is an incredible tool for those who might be interested in sharing their gameplay with the world, and want full control over it.

Extremely simple, extremely powerful, small and unobtrusive, intuitive to use, works with a wide range of consoles, the HD60 gives you full control over how you want to save and share your best gameplay moments

Probably only for the enthusiasts- given that the most popular consoles of this day and age all come with on board gameplay saving and streaming capabilities, the Elgato HD60 is a luxury sorely unneeded; won't work on PS3

Final Verdict:
SUPERB
The market for this thing may be extremely small, but boy does the Elgato Game Capture HD60 service that market well. if you are at all into game capturing and/or streaming, you want to consider the HD60 seriously.
A copy of this game was provided by Developer/Publisher/Distributor/PR Agency for review purposes. Click here to know more about our Reviews Policy.