Join the Resistance and the end the Nazi threat in CI Games’ shooter.

Foul events are afoot in the 1940s and Hitler is up to no good. No, this isn’t the plot to Wolfenstein: The New Order. Instead, this is how Enemy Front, developed by CI Games and published by Bandai Namco Games America, starts off. You’ll be playing as war correspondent Robert Hawkins but you won’t be looking for that next Pulitzer. You’ll be fighting alongside Resistance solders and taking on the Nazis across France, Germany, Poland and many more locations during World War II. Check out the story trailer for the game to learn more.

Unlike that other WWII shooter that CI Games is known for, Enemy Front will offer you a wider variety of choices with which to take down the Nazis. You can use stealth, sabotage, sniping or just go in guns blazing. The game’s story takes place in flashbacks and hopefully it doesn’t echo Tarantino’s default ending.

Enemy Front will release on June 10th for Xbox 360, PS3 and PC. Pick it up at GameStop for the Special Edition package which includes the M1 Garand, Webley Pistol, exclusive DLC, a new mission “Raid on St. Nazaire” and the game’s soundtrack for $49.99. 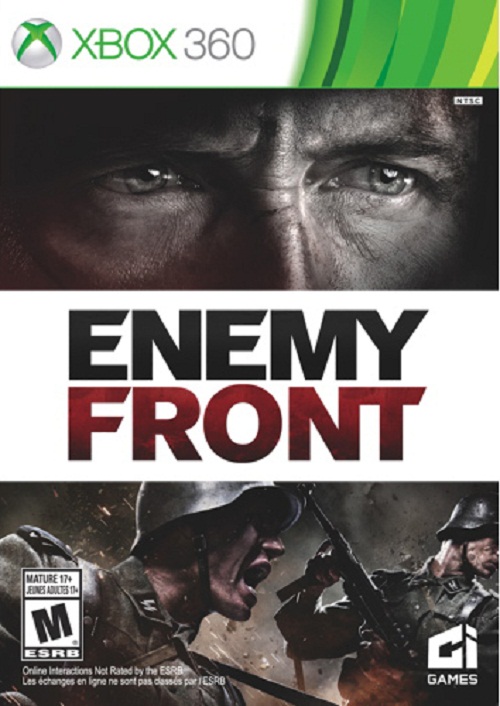