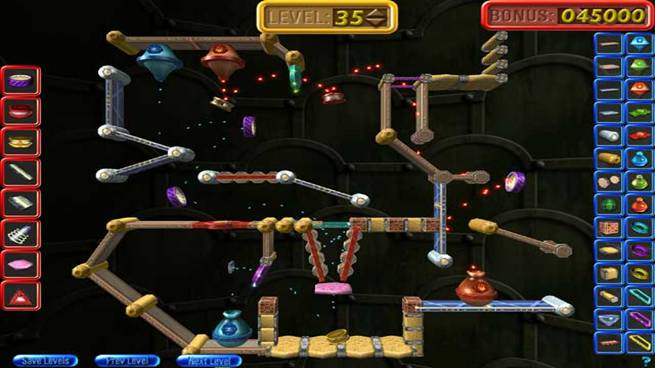 Beatshapers have announced that  Enigmo is to be released eclusively for Sony PlayStation Plus in Europe  on 2nd March 2011 and North America on 3rd March 2011. Enigmo will be priced at 2.99 EUR in Europe and 3.99 USD in North America.

Enigmo is a unique 3D puzzle game where you manipulate slides, bumpers, and other pieces to control streams of flowing liquid. Liquids (water, oil, and lava) fall from “droppers” and will bounce around the walls of a puzzle. You move and rotate the various puzzle pieces in order to divert the flow of the falling droplets so that they can reach their target. The faster you complete each level, the more bonus you will receive, the higher position in high scores table you get.

• 50 mind-bending levels to solve
• 10 objects to manipulate space and droplets
• Several solutions for the every puzzle
• Endless fun!