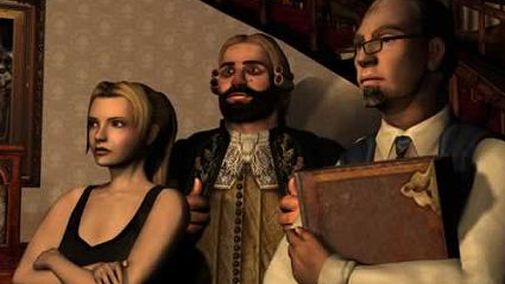 Even though Silicon Knights has folded and Precursor Games has been formed to fund Shadow of the Eternals, Eternal Darkness is still very much alive in terms of franchise potential. Although the latter aims to be a spiritual successor to the game, it seems that Nintendo has re-registered the trademark for Eternal Darkness. Interestingly, the United States Patent & Trademark Office filing (discovered by Siliconera) says “downloadable electronic game programs; downloadable electronic game software.”

Whatever this could indicate is currently unknown. When GameSpot asked a Nintendo representative about it, “We have no comment regarding this trademark matter,” was the reply.

Is Nintendo interested in bringing back the Eternal Darkness series, perhaps as a series downloadable games split into chapters or episodes like The Walking Dead? It would certainly make for an interesting situation, considering Precursor’s on-going work with the franchise. We’ll have to wait and see what comes of it, but for now, Eternal Darkness is a big deal. Who thought that was possible a year ago?