The bundle includes a copy of Watch Dogs … for some reason.

Ubisoft is going all out when it comes to Assassin’s Creed Syndicate. We already know the company has its first set of DLC content planned out and that DLC is going to feature a rather famous English character in the form of Jack the Ripper.  Now we’ve also found out that the company is going to be having it’s own Syndicate PS4 bundle though it will apparently only be available in Europe.

Considering that the game is centered in and around London so it certainly makes sense that this particular bundle would only be offered up there. The bundle will include a physical copy of Assassin’s Creed: Syndicate and will also include a digital copy of Watch Dogs. That addition is quite interesting, considering that there doesn’t appear to be anything on the surface that connects the two titles. Is this a signal as to something that will be going on in the “present” tense world of Syndicate or is it simply another way to get the earlier game into as many hands as possible.

That isn’t the only good news for people who order this bundle. They will be getting the bigger 1TB version of the PS4 as well as 10 exlcusive missions that are part ofThe Dreadful Crimes Mission Pack. The pack is based on on the weekly Penny Dreadful pocket crime novels which were “popular with the working class” during the era according to the official Playstation Blog. Assassin’s Creed: Syndicate launches worldwide on October 23 for PS4 and Xbox One. The PC version will release on November 19. 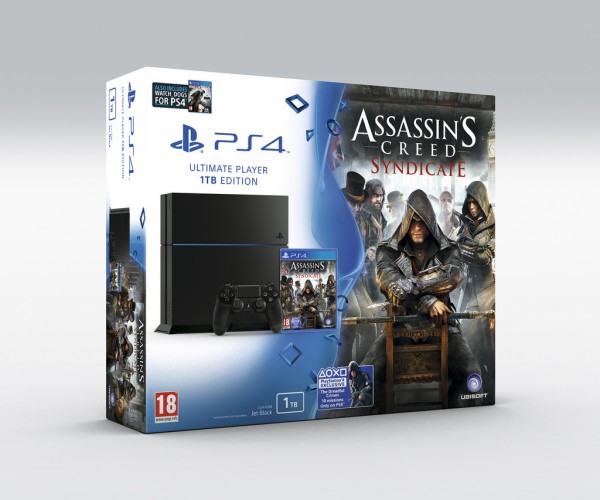