Build bases, harness super-weapons and much more in EVE Online. 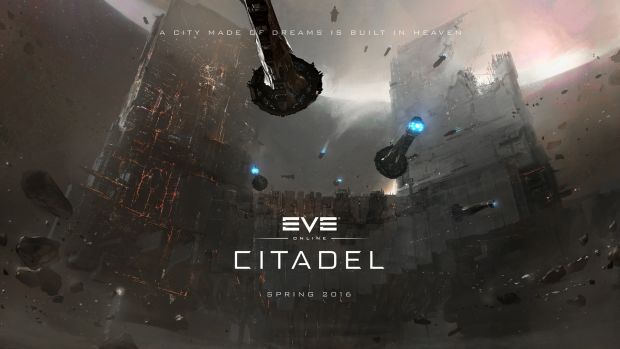 Dust 514 may be shutting down next month but EVE Online is still going strong for many a dedicated fan. CCP Games has announced that the next major expansion for the game Citadel will be releasing next week, bringing a ton of new features to the foray. Check out the decidedly epic cinematic trailer below.

Citadel will present a range of different options for constructing bases. It also brings 100 new modules, capital super-weapons and even brings force auxiliary support ships to the game. If you want to learn more, then check out the Fanfest taking place in Iceland currently.

EVE Online’s Citadel expansion releases on April 27th for PC. Speaking of the Fanfest, CCP Games also revealed new details for Project Nova, the successor to Dust 514 and Project Legion. The shared-world, class-based multiplayer shooter is a free to play title and currently in early development stages. Stay tuned for more details to emerge from the Fanfest.