Evo 2012: Here’s your Street Fighter 4 World Champion and other results 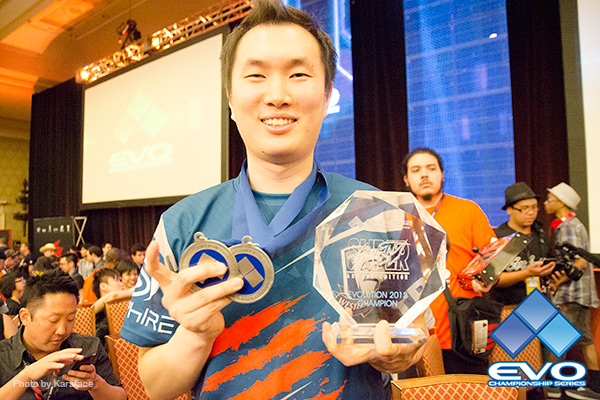 Evo 2012 held in Las Vegas, United States, was pretty memorable and incredibly competitive. New champions were crowned while some retained their last year’s honour, so here are the full results from the tournament.

South Korean, Seon-woo Lee, also known as Infiltration, beat Street Fighter 4 legend, Daigo Umehara, for the championship. You can see his image on top of this post. Last year’s champion Fuudo had a terrible tournament not placing in top eight. This is the great thing about these championships, as nothing is certain and highly based on Skill.

Ultimate Marvel vs. Capcom 3 is a pretty popular game as well, and Filipino player Ryan Ramirez, beat American Carlos Randay to take the championship. You can check out the full results below of the seven games that were played at the tournament.