Turtle Rock Studios' multiplayer shooter will benefit from a bigger install base according to Take Two CEO Strauss Zelnick. 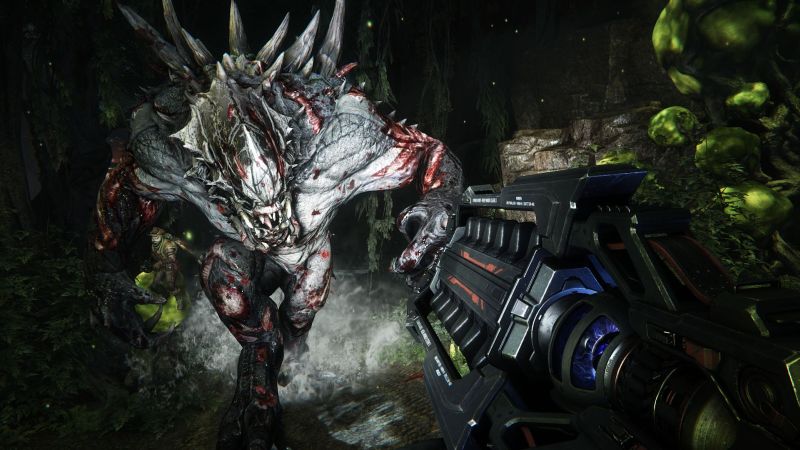 Turtle Rock Studios’ Evolve has been delayed until February 2015 according to Take Two Interactive’s recent financial earnings report. The multiplayer shooter was originally slated to release on October 21st.

As usual, the reason for the delay was to allow for more polish. President Karl Slatoff stated that, “We are encouraged by the overwhelmingly positive response from press and fans, and believe by extending development by a few months, it will allow the team enough time to fully realize their creative vision for Evolve.”

Take Two CEO Strauss Zelnick further stated that, “Historically, we’ve always benefited from giving the creative teams more time to polish the titles; we’ve never regretted it.” Zelnick also said that February 10th 2015 presents a “pretty terrific release window. It’s not at all crowded, and we will benefit from the fact that there are a lot of holiday sales of consoles so the install base will be bigger.”

It’s interesting because in the same month, we’ll be seeing The Witcher 3: Wild Hunt and The Order: 1886. Thoughts on the delay? Let us know in the comments.