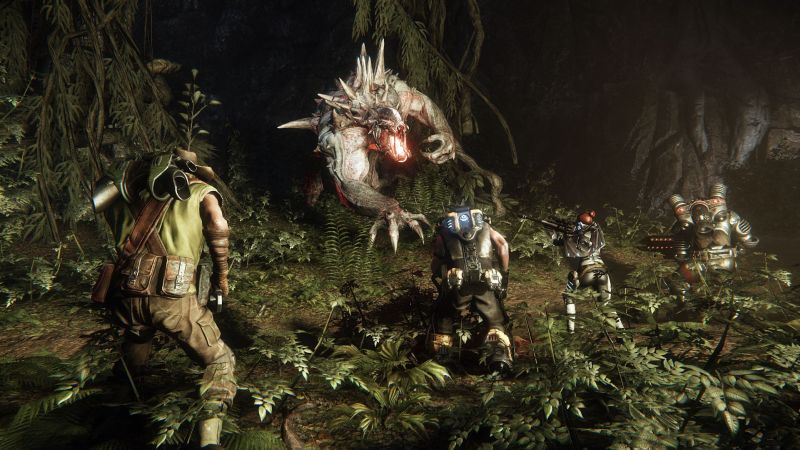 2K Games “big” announcement for Evolve, Turtle Rock Studios’ 4 vs. 1 co-op shooter which released earlier this year and shipped more than 2.5 million copies worldwide, has finally been revealed. It’s an Arena mode which pits four players against a single, Stage 2 monster in a fight to the death.

The Arena mode takes place in 70 locations created from 14 of Evolve’s maps. Unlike other game modes which see Hunters tracking down the monster and defending key points or destroying nests, this will be a simple deathmatch mode. The monster has an interesting advantage of its own at stage 2 since it can fully upgrade a single ability and has moderate armour. Whenever the Hunters or monster are eliminated, a new match will begin in a new Arena in the same map.

And for those concerned that Turtle Rock Studios would charge for this, Arena mode is a free update for PS4, Xbox One and PC owners. What are your thoughts on it? Let us know in the comments below.