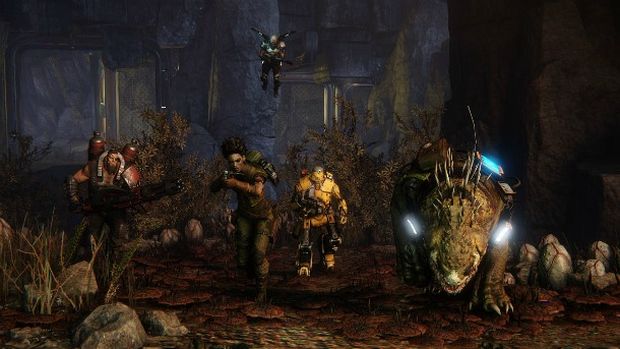 A release date for Turtle Rock Studios’ Evolve has been announced by 2K Games on Twitter and we can look forward to the game on October 21st for Xbox One, PS4 and PC.

2K Games also revealed some new Hunter characters as seen above. There’s Hyde (Assault), Maggie (Trapper), Bucket (Support) and Lazarus (Medic). Who these new characters differ from the recently revealed ones in terms of abilities remains to be seen.

Evolve has us highly interested in its 4 vs. 1 multiplayer modes wherein four hunters team up to take on a player-controller Goliath that powers up in the match by killing and consuming wildlife. The fact that Turtle Rock Studios created the Left 4 Dead franchise is proof enough that they know how to do coop