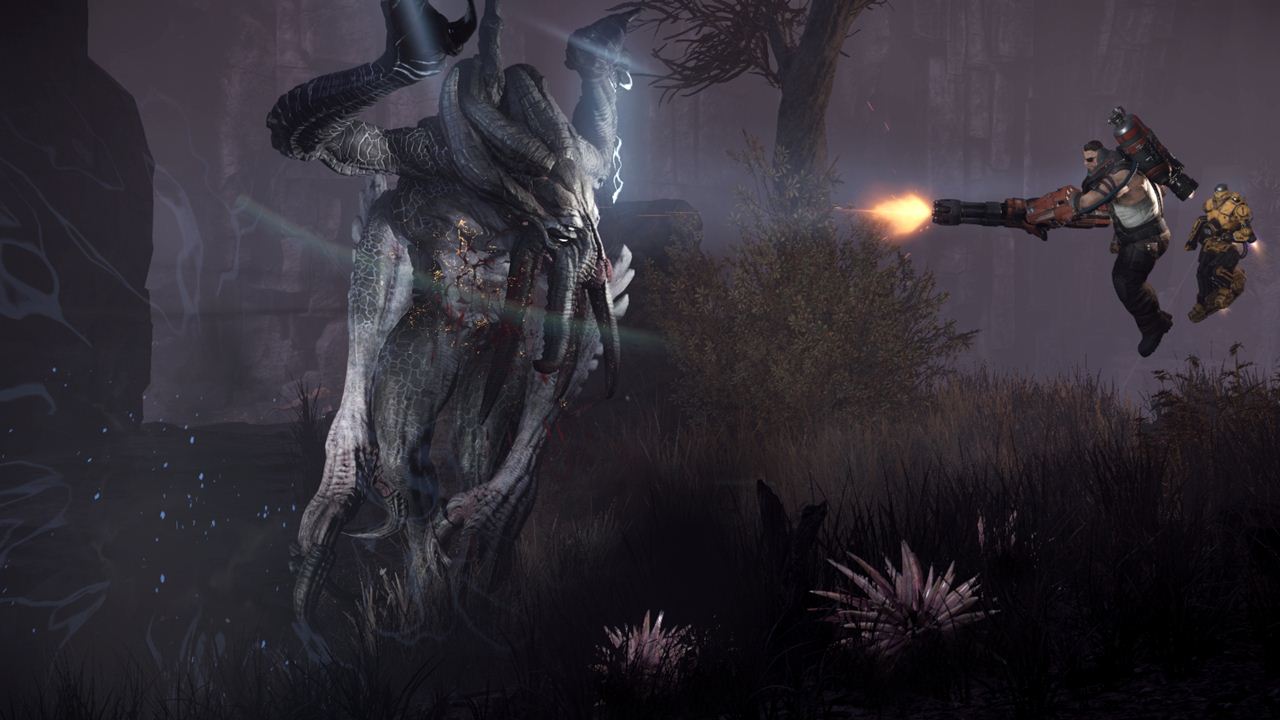 Turtle Rock Studios’ Evolve has now gone free to play on Steam and is now being referred to as Evolve Stage 2. Head here to download the beta, which includes seven Hunters, 24 Monsters and plenty of perks to unlock. Not a bad amount of content from the retail version, especially since it includes four maps that have been redesigned for the beta.

As for the Founders program, Turtle Rock has noted that if you own Evolve and bought DLC, these will carry over to Stage 2. Founders also get 3000 Silver Keys, past and future Hunters and Monsters and even exclusive cosmetic skins and badges in the future.

The developer will be keeping a close eye on the beta program and changing things accordingly based on feedback. The UI, maps and classes have already been changed based on player inputs. We’ll see what other maps and modes join the beta in the coming days but for now, it’s certainly appealing to try out for free.