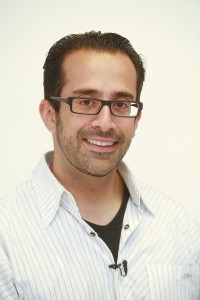 I mean, I guess this was to be expected in a sense- Rahul Sood was the former General Manager of Microsoft, so of course he met loads of investors and established multiple contacts in financial institutions. So of course, once he left Microsoft to start up his own gaming company, it’s not all that surprising that he managed to cause a whole lot of capital for himself.

How much capital, you ask? A lot. $2.5 million were raised instantly, without almost any buildup to accompany it.

The company is called Unikrn, and it’s not the first gaming related venture from Sood, as before he joined Microsoft, he also founded Voodoo. Sood is known to have multiple contacts in Seattle and the Silicon Valley, so it follows that he was able to establish some funding for his new venture so soon.

“I think there’s some new interest in the gaming space at the moment,” said Sood.

That said, Sood may be underselling the pull he seems to have over investors- the investments seem to be in Sood as much as they seem to be in his new company.

We’ll keep you posted on what Sood does, and what his new company does. Stay tuned.