Ex-Naughty Dog Dev: 8GB Memory In PS4/Xbox Should Be Enough To Last This Generation

John Hable also talks about how pre-baked lighting still not a solved problem.

Posted By Rashid Sayed | On 10th, May. 2015 Under News | Follow This Author @GamingBoltTweet

In the last few console generations, if there is one technical aspect that developers have complained about, it is the consistent shortage of memory. The PS3 and Xbox 360 had a mere 512mb of memory but still the developers did wonders with it but there is no denying that they faced tons of issues optimizing their code and finding workarounds in their framework.

The current generation of PC games isn’t exactly light on hardware requirements. Some of the upcoming AAA titles already require 8-12GB of memory so that they can be played at their recommended settings. So how can the current crop of consoles deal with the increasing requirement of memory given their static nature?

Ex-Naughty Dog developer and founder of Filmic Worlds, John Hable has shared his thoughts on the same in a recent interview with GamingBolt. According to Hable, developers won’t run out of memory this generation since consoles offer a different way to control memory allocations compared to PC.

“In general, I would not worry about the consoles becoming outdated. Remember, the PS3 and Xbox 360 have only 512MB of RAM, but the PC versions of the same games usually require 2GB or more. On consoles you have more control over memory allocations. The 8GB of RAM in both the Xbox One and PS4 should be plenty for the remainder of this console generation,” he said to GamingBolt. 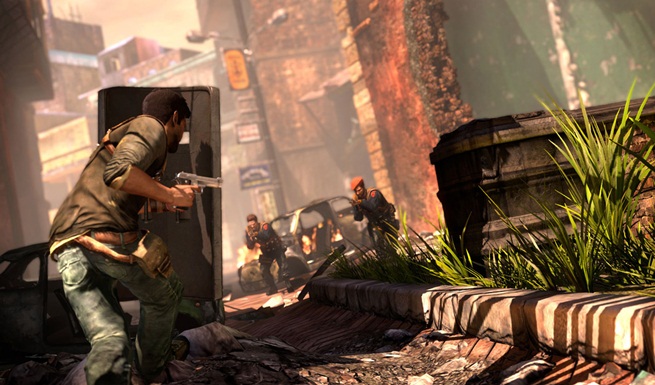 For those who are not aware, Hable was behind the phenomenal HDR Lighting tech in Uncharted 2: Among Thieves. With current gen games employing more complex techniques such as global illumination and physical based rendering, where does Hable see lighting tech going next?

Shadow dithering is still an issue despite the advances in technology and engine optimization techniques. Despite employing advanced shadow smoothing techniques such as HBAO, high quality shadows are still an issue. This is something that Hable acknowledges and it apparently drives him crazy.

“For me, my major complaint these days with games is light leaking.  It is too expensive to have a shadow on every light that you make in a game so you have this effect where light seems to bleed through objects.  As an example, you might see a character with a bright light behind him or her.  Then you will see these bright lights on the creases of his or her clothes which should not be there.  That is light leaking and it drives me crazy.  You also see it a lot on muzzle flashes.  That is the next thing that I would like to see improved.”

“Global Illumination still needs some work too.  In many games with Global Illumination I still feel like objects lack good contact shadows in ambient light. And the falloff often does not look natural to me.  Good baked lighting in a video game is still not a solved problem.”

Stay tuned for more coverage from our exclusive interview with John Hable in the coming days.