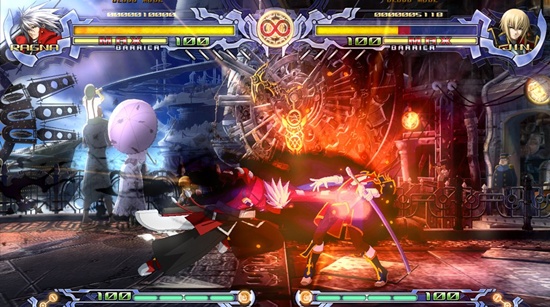 Arc System Works Europe and PQube have announced that BlazBlue Continuum Shift Extend will be receiving a Limited Edition for Europe.

BlazBlue Continuum Shift Extend’s Limited Edition includes (info posted as given by the devs):
·         12 super-high quality prints offering a rare glimpse into the Arc design process.
·         Printed on high-grade Hahnemuehle Torchon art card for an exceptional reproduction of the original artwork.
·         Never-before seen concepts, sketches and technical drawings from the BlazBlue archives.
·         These beautiful prints are exclusive to the European Limited Edition and are unavailable anywhere else in the world.