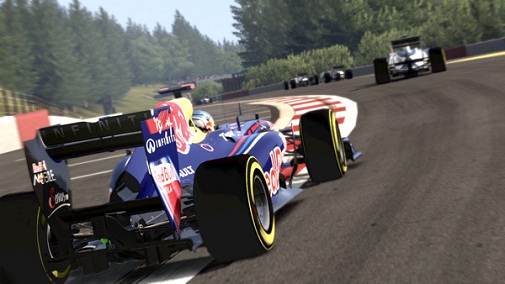 F1 2012 is here, and yes, it sounds really promising. The game will be released on September for the PS3, Xbox 360 and PC, and Codemasters has revealed a ton of new information from the game.

The main thing that’s new here is the young drivers test mode, and as the name suggests, makes the game a lot more accessible to newcomers.

We also have a trailer for you which looks pretty good.

In the video, rising star Sam Bird, testing for Mercedes AMG Petronas F1 Team, says, “I think Codemasters have done a super job of giving regular people a proper insight into what a FORMULA ONE car is like.”

Stefano Coletti, representing Scuderia Toro Rosso added, “When I came to Abu Dhabi I couldn’t go to the simulator so I switched on the videogame and started to play.

“It actually worked because when I got here I felt like I’d already driven [the circuit]. It was my first race in GP2, first ever time in GP2, and I won in my first race so it actually helped.”