F1 2018 continues to iterate on its formula.

Much like the last couple of years, this year’s entry in Codemasters’ F1 series of racing video games is great, and an easy recommendation to any and all fans of the motorsport. Featuring official teams, sponsorships, race courses, event schedules, and of course, cars, if you’re a fan of the actual sport, F1 2018 is going to be hard for you to turn away. The game drips of authenticity, and goes out of its way to make itself be as close to the real thing as possible, from how it is presented, in terms of graphics, UI, menu, announcements, and commentary, to how the game’s various cars handle, each with their own unique idiosyncrasies.

There are, of course, changes made to the game this year. A lot have to do with the current F1 season, which is faithfully reflected and recreated by Codemasters. The Career Mode sees some changes, with the dizzying array of research options presented to players via the RnD tech tree in last year’s entry greatly simplified. Handling has been tweaked a bit in Codemasters’ ever continuing quest for authenticity in these games.

But in spite of all of this, by and large, if you were sold on F1 2017, I will say the same thing I said to you last year- close this window, and go out and get a copy of the game for yourself. Just about everything that that game did well, this one does too. Of course, on the other hand, if you’re plenty satisfied with what F1 2017 brought to the table for you, F1 2018 doesn’t make a convincing case for you to upgrade- it is very literally more of the same, and that might not be enough for you to want to spend full price money on it. 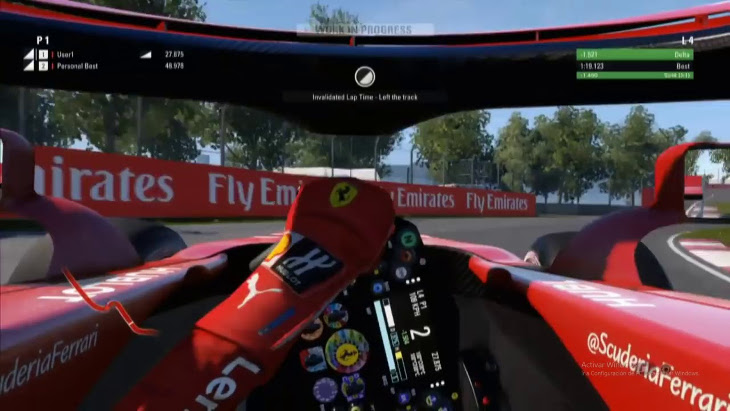 "If you’re plenty satisfied with what F1 2017 brought to the table for you, F1 2018 doesn’t make a convincing case for you to upgrade- it is very literally more of the same, and that might not be enough for you to want to spend full price money on it."

So let’s talk about what “the same” is first- F1 2018 presents you with a massive amount of choices in terms of how you can play it. Speaking of modes, you get Time Trial, Event (which is single downloadable race with unique objectives), Championships, Career (this one is the star of the show, we’ll come back to this later), Grand Prix (which further lets you play with classic cars, which return from last year, or modern ones), and multiplayer. Each mode further has an almost overwhelming amount of options for you to set up the perfect event for yourself- in fact, I’m going to go out on a limb and say there’s too many options. Choices are good, yes, but when you give me too many choices, I’m just going to face choice paralysis, and feel less inclined to engage with the game because of the friction.

Not that all choices are bad, however. You get to control almost everything, from the HUD and UI, to how information is presented to you, to the exact custom build and tweaking of your car (which you can then save and load easily later if it works for you), the weather and time of the track, the length of a race, the amount of assists you want, the difficulty level of the AI in 1 point increments on a 100 point scale, what kind of implementation of stringency rules you want, and so on and on it goes. In a lot of cases, there are entire menus and screens full of options that you will probably ignore through the course of your playing the game. They are there if you want to see them, of course, and they certainly further lend the game its air of authenticity, but like I said, the level of granular control and customization they offer, while appreciated, is almost always unnecessary. Of course, if you want, you do get a “Quick Race” option, which just lets you jump in right away, without the excessive fiddling of menus the other modes demand- and that’s appreciated, too.

And then we have the Career Mode. This is everything it’s been previously, but a bit streamlined and improved. As always, you get to pick which team you want your Career with, and each team will have different expectations and objectives for you (so, McLaren will be more concerned with maintaining its podium hegemony, while Force India wants to reach the top of the mid-field pack). This can change not only how you approach the Career Mode each time, giving it potential replayability by letting you pick different teams for different styles of play, but also acts as a “difficulty level” of sorts- a newcomer will want to start out with the lower tier teams with their more forgiving objectives over something like Mercedes.

"The actual driving continues to be great- it’s frightfully “authentic”, for lack of a better word, and trying to approach it like you would an arcade racer will lead to a lot of punishment."

You still get the same embellished Career Mode, with cutscenes, interviews between races with dialog choices (and Telltale style “he/she will remember that” warnings), a crap ton of menu screens and customization options (which, again, can be overwhelming), and, mercifully, a far simplified Research and Development skill tree compared to how labyrinthine last year’s was.

The actual driving continues to be great- it’s frightfully “authentic”, for lack of a better word, and trying to approach it like you would an arcade racer will lead to a lot of punishment. The best thing to do is to customize the car on a more macro level around your weaknesses (I always suffer with handling and turning, so I prioritized those with my car’s build), and then slowly, with the help of the assists, get used to how it works. You get a lot of choices in terms of how you want to approach races- you can choose to be aggressive and risk penalties, but hope to gain enough of a time lead that eve cumulative penalties won’t hurt your standing, or you can choose to toe the line, and have to work harder to find smaller openings to get the lead (but get no penalties). If you screw up, you have the delightful “Flashback” feature, which lets you initiate a replay, and then, at a point of your choosing, take control of the car ad fix your mistake- a very Sands of Time-esque “no, this is how it really happened”. I have to admit I greatly abused the Flashback feature- though, if you want, you can disable it in options.

Much like the game retains F1 2017‘s strengths, so too it retains a lot of its weaknesses, primarily the graphics, which continue to disappoint. I have spoken about how Codemasters wants to recreate the actual motorsport and events with all the flairs and flourishes of authenticity, and they do an admirable job of it all around, but the game’s graphics are sorely wanting. They look distinctly mid-budget, with lots of jaggies, bad animations (most evident in the lip synching in the Career Mode), and can seem jarringly at odds with the rest of the game’s polish and veneer of authenticity. For next year’s entry, I bid Codemasters to focus on polishing up their graphical presentation. They’ve got the content, handling, and options down- I’d argue they’ve got it all excessively down- but the graphics continue to be a major area of weakness every year.

So, here we are- much like last year’s game, F1 2018 is well tuned, chock full of content and options, and equally satisfying for newcomers and veterans alike. Of course, it has a host of weaknesses, most of them similarly inherited- and I have to hope that for next year’s entry, Codemasters focuses on addressing those first and foremost.

An incredible amount of options for control and customization; incredibly accessible to newcomers and veterans alike; huge amount of content should keep you engaged with the game; great driving at its core; a love letter to F1, and all of its fans

Very similar to last year's offering; too many choices and options can lead to choice paralysis; the graphics continue to be disappointing

F1 2018 is well tuned, chock full of content and options, and equally satisfying for newcomers and veterans alike.

A copy of this game was provided by developer/publisher for review purposes. Click here to know more about our Reviews Policy.
Tagged With: codemasters, F1 2018, pc, ps4, Xbox One 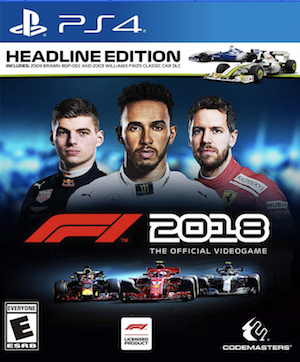