F1 2019 Review – The Most Authentic Formula One Racing Experience Yet

With a ton of content backed up by exhilarating racing mechanics, Codemasters have achieved pole position with F1 2019.

The racing genre is usually dominated by the likes of Forza, Project CARS, and Gran Turismo, but one franchise that has built itself up year over year is Codemasters’ F1 series. Publishing and developing F1 games since 2009, Codemasters have consistently worked hard to deliver an authentic Formula One experience each year, and this year’s iteration might very well be their best ever.

The crux of the experience in F1 2019 is the career mode, and this where you will likely invest a ton of your time. The game begins with a set of basic character customization options, including the likes of your name, driver number, your country, and so on and so forth. This custom character is the one that you will take through the game’s career mode, which begins with the F2 Feeder series. Based on the scenarios from 2018’s F2 championship, players will take on their teammate Lukas Weber and rival Devon Butler in a set of pre-defined sequences. These F2 sequences can entail a number of things, from your car’s front wing getting clipped, or facing engine issues, hence changing your rivalry dynamics with both of the previously mentioned drivers. For example, if you don’t allow Weber to pass you and thereby ignore team orders, Weber will react differently to you compared to, say, if you would have listened to team orders. This mix of on-track results and off-track conversations adds drama, spice, and rivalry between you and your fellow drivers.

Furthermore, you will be interviewed by the press, wherein you will be provided with a set number of answers. You have to select the answers wisely, as this will affect your Sportsmanship and Showmanship ratings. For those who are unaware, the Sportsmanship attribute is awarded for those answers that are within the spirit of the game, and the Showmanship attribute will be awarded for more self-centered answers. This isn’t a merely cosmetic gameplay element though, as this will have consequences in terms of F1 offers. Not many racing games care about the off-track drama, and it’s delightful to see Codemasters taking the extra step to deliver a narrative that fits within the boundaries of a racing game.

"Not many racing games care about the off-track drama, and it’s delightful to see Codemasters taking the extra step to deliver a narrative that fits within the boundaries of a racing game."

Once you are done with the F2 championship sequences, you will be awarded with an F1 championship offer. The contract terms of this offer differ from team to team, and depending on how you performed during the F2 championship (and the answers you selected during interviews), you will be given a list of teams to choose from. Once this is done, you now have to compete in the championship, and this is where F1 2019 truly shines. Although I have gone hands-on with almost all F1 games released in the past, F1 2019 features the best handling model by far. I was given a contract by Ferrari, and racing the red machine across the various tracks was an extremely satisfying experience. Of course, the experience will be much different if you were to select a much lower ranking team, but there is something oddly charming about driving a well-balanced car along the straights of Monza or through the curvy streets of Monte Carlo.

The development team has also made significant improvements to the way AI is handled. AI drivers are much more aggressive or passive depending on the current conditions of their cars, their team position, and their respective positions within the pack. A good example of this happened in my playthrough when the safety car came out in the opening round at Melbourne in the Career mode. The safety car took a few rounds, and when it was time to go in, the driver who was leading the pack slowed down immensely, giving himself sufficient distance and time from the safety car. These kinds of AI strategies push the players to always be on their toes, thereby making the gameplay more dynamic.

The damage physics have also undergone minor changes this year. If you switch the damage model to Simulation, you will witness close to realistic damage effects. Wings will get smashed into pieces and tires will get dislodged. It goes without saying that this option is only reserved for people who are interested in eSports or are really comfortable with the team they are driving with.

F1 2019 also excels in allowing players to tune and customize their cars according to their liking. There are a ton of tuning up options that I am sure hardcore fans will tinker with. I was happy with my car’s handling at default settings, but I am sure eager players for whom even the tenth of a second matters will be playing around with these settings a lot. The career mode also brings backs the R&D tree, which focuses on improving the various parts of your car that will directly impact its reliability and durability. The R&D tree adds a bit of an RPG flavor to F1 2019, and F1 enthusiasts will definitely appreciate the nitty-gritties involved with it.

The career mode is made even better by allowing transfers for official drivers. This adds a new element of dynamism, as each of the 10 seasons in the career mode can now be different in terms of challenge. Overall, the career mode is easily the highlight of F1 2019. However, that is not all. The game also provides you with Championship modes, wherein you can enter F1 2019 and F2 world championships, along with a host of other championships that will add longevity to a game that is already brimming with content. 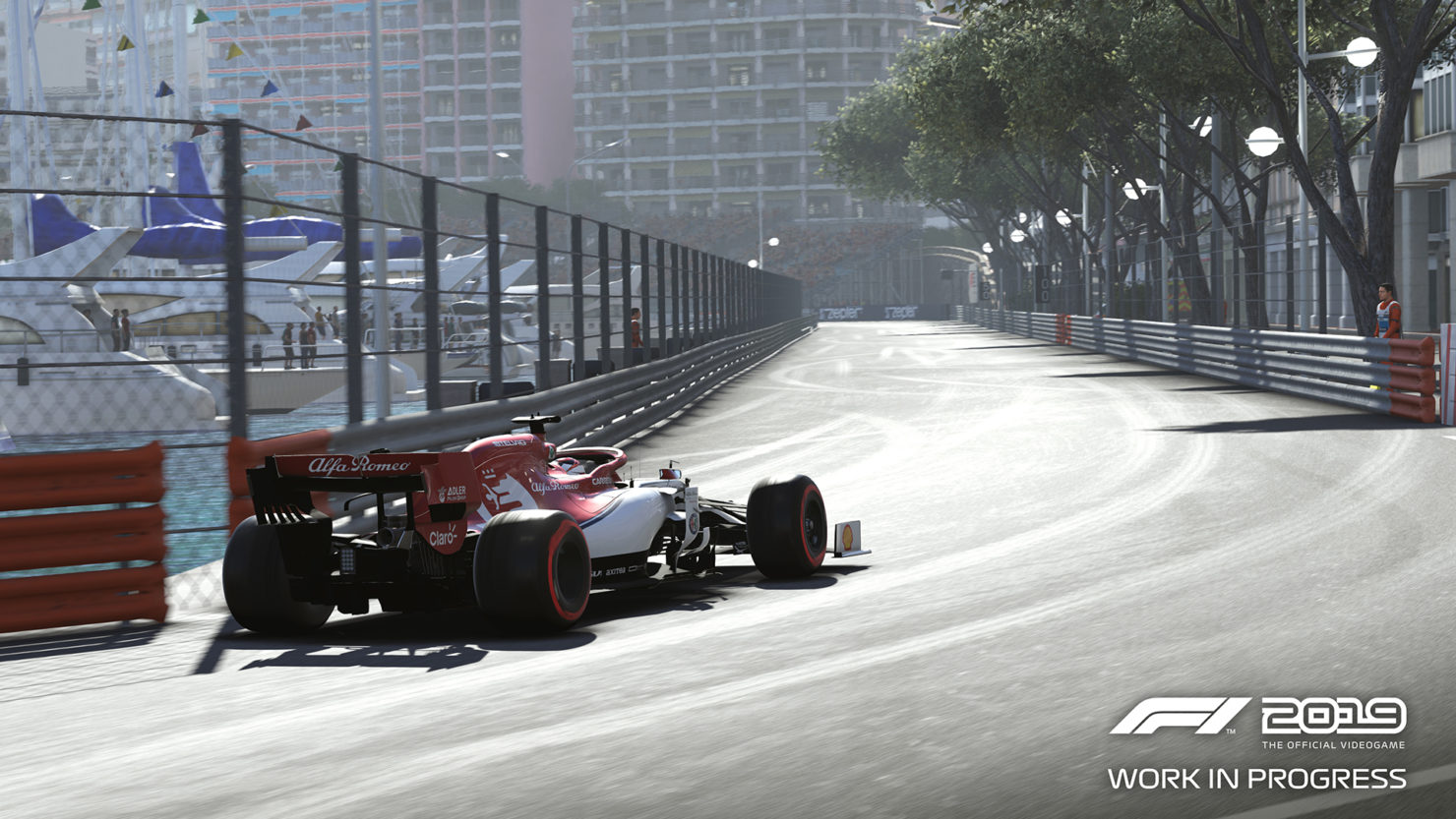 "F1 2019 also excels in allowing players to tune and customize their cars according to their liking. There are a ton of tuning up options that I am sure hardcore fans will tinker with."

The game also introduces an Ayrton Senna vs Alain Prost mode (as a part of the Legends DLC pack), wherein the player can take on a number of challenges. Players can take the role of either racer, and participate in various challenges such as Pursuit and Checkpoints in order to defeat the other driver. This is essentially a race against time as you need to catch up with your rival. I found this mode to be quite challenging, but at the same time intriguing, due to how addictive it was. The game also offers custom Grand Prix events across F1 2019, F2, and Classic F1. This is your standard weekend affair and is more or less like every other race in the career mode, except that you can modify various elements- like weather, for example.

F1 2019also offers a number of online modes. There is a League mode, where you can create an Online Championship, join a league, or create one. There are also ranked and unranked races, but unfortunately, no players were available for any of these modes at the time of writing this review, so I don’t have much to say about them. However, I did get the chance to try out the Weekly event, which puts players in a Grand Prix even, where players need to practice and qualify within a particular time period and then participate in Race Day. I found this to be an interesting take on weekend racing, as you have a lot of time to qualify and put in your best time till the qualifying session ends. Note that each new time will override the older one, so it’s kind of a give and take situation.

I also wanted to make a note regarding possible microtransactions in the game. You can buy cosmetic items for your car and character, but none of them have an impact on gameplay. I was not able to check the prices, since the store was not live at the time of writing this review.

F1 2019 does so many things right, but it had to do something wrong. Unfortunately, the game’s graphics are nowhere close to what we are seeing in the likes of Project CARS, Forza, and Gran Turismo. This is not to say the game looks bad, but odd texture work, anti-aliasing issues, and uneven graphics in some places can be distracting. I played the game on a PS4 Pro, and overall, the graphics were a mixed bag. Character models look odd at times (although there is an improvement from last year), car tires look like plastic, and car detailing could have been better. Having said that, the rain and lighting effects can look quite gorgeous. 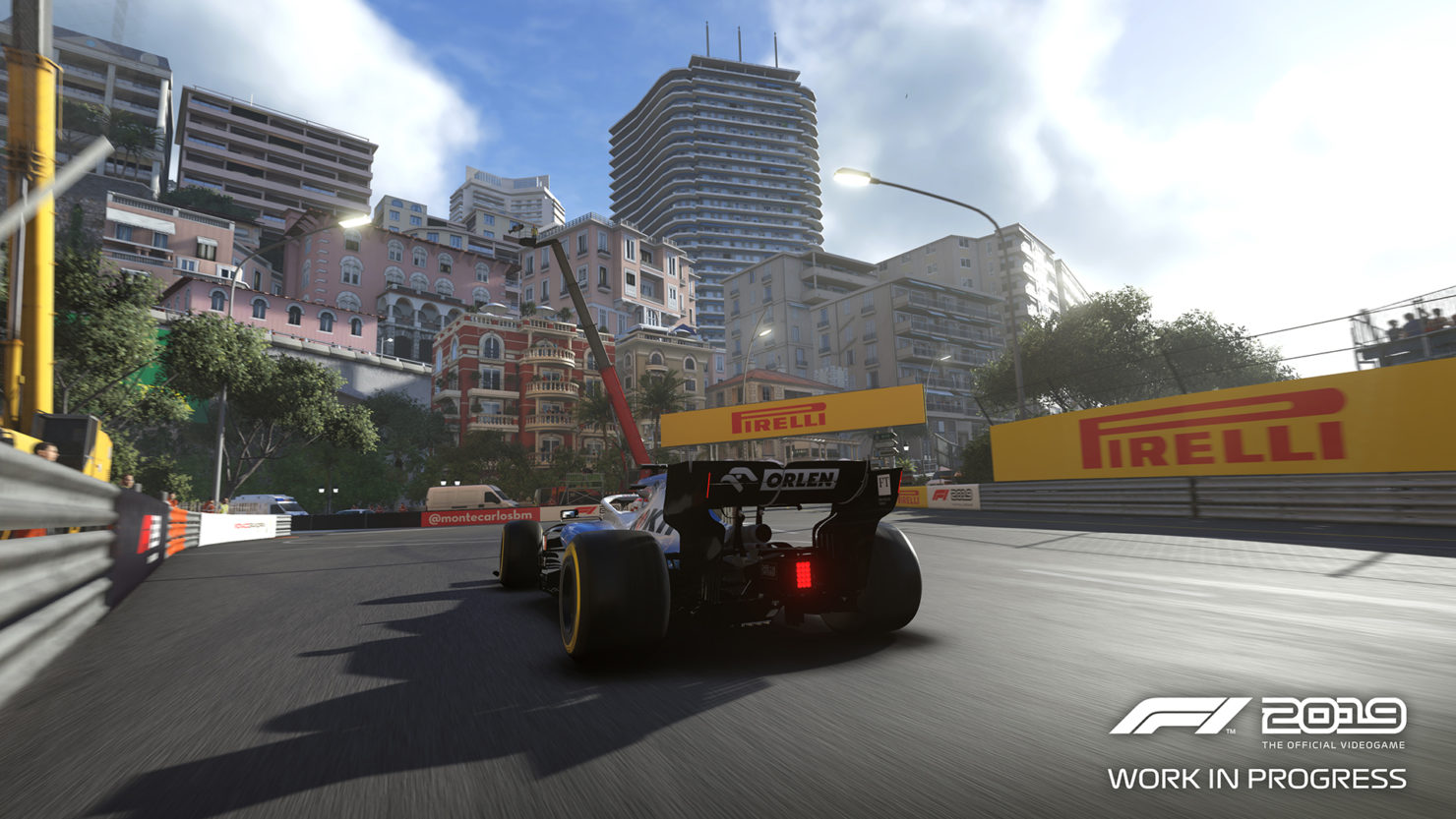 "F1 2019 does so many things right, but it had to do something wrong. Unfortunately, the game’s graphics are nowhere close to what we are seeing in the likes of Project CARS, Forza, and Gran Turismo."

F1 2019 is the most complete Formula One game ever made. It’s brimming with content, and for F1 enthusiasts, there are plenty of things to play around with. An excellent career mode backed up by an in-depth Championships mode, and a host of interesting challenges make this year’s iteration one of the best F1 games of all time.

Visuals are still not up to par.

Final Verdict:
AMAZING
F1 2019 is easily the closest thing yet to the real F1 racing experience, making it the most satisfying and complete Formula 1 game in years.
A copy of this game was provided by Developer/Publisher/Distributor/PR Agency for review purposes. Click here to know more about our Reviews Policy.