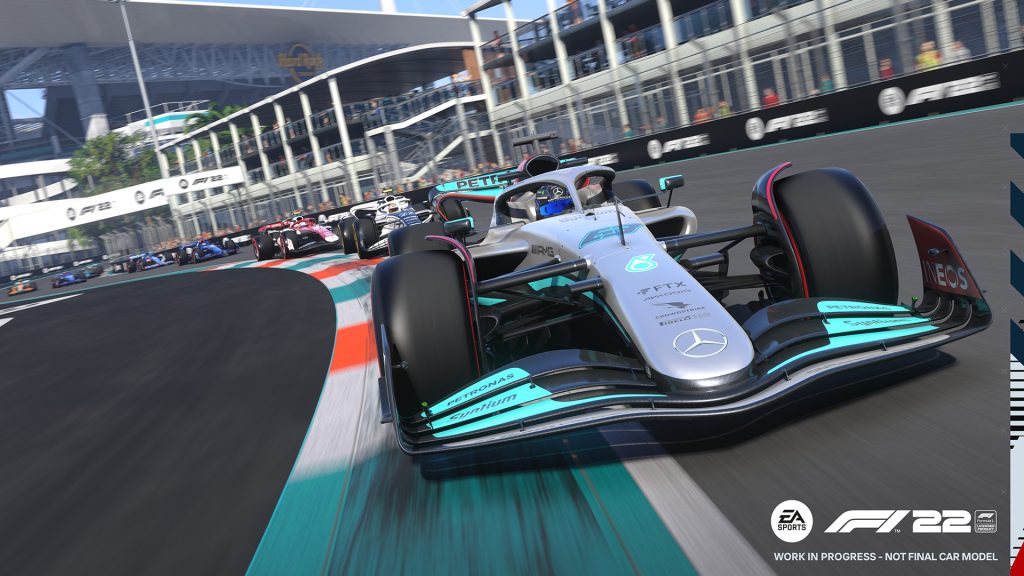 Codemasters’ F1 22 is out this week but those who own the Champions Edition will gain early access tomorrow. So to prepare for the same, a new launch trailer has been released featuring Formula 1 vehicles, a cheetah and other fast-moving objects. Check it out below.

All of the tenets of a Formula 1 game are here like MyTeam and MyDriver Careers, Grand Prix, the Podium Pass, and whatnot. However, F1 22 does away with last year’s story mode Braking Point in favor of F1 Life, a lifestyle activity where you can unlock and race supercars, customize your avatar with different branded clothing, decorate the living space and more.

This plays into multiplayer since various players can visit your social space. There are other features, of course, like Immersive and Broadcast settings for Formation Laps and Pit Stops, new commentators, updated tracks and the new Miami International Autodrome track. For non-Champions Edition owners, F1 22 launches on July 1st for Xbox One, Xbox Series X/S, PS4, PS5, and PC.