Characters should now appear correctly on the podium. The MyTeam team badge should also no longer appear corrupted after a race weekend. 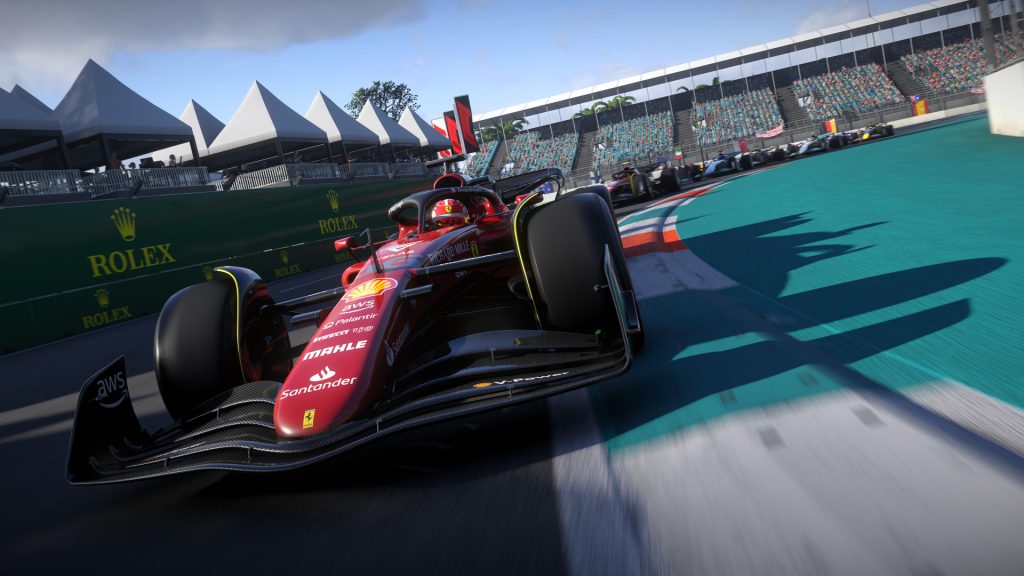 A new patch is available for Codemasters’ F1 22 on Xbox Series X/S, Xbox One, PS4, PS5, and PC platforms. It contains several bug fixes and general stability improvements. For instance, the ICE wear rate when downshifting or over-revving aggressively has been reduced and should now be less punishing.

On the podium, characters should now appear correctly. Hopefully, this means any bugs that caused skin tones to be replaced by the background and hair to go missing have been fixed. An issue which caused the MyTeam team badge to appear corrupted after a race weekend has also been addressed. Furthermore, engine supplier durability ratings in MyTeam have been updated (which won’t affect ongoing Careers).

Check out the full list of changes and fixes below. It’s also worth noting that Thrustmaster released a firmware update which should several issues from using their peripherals in F1 22. For more details on the game itself, read our official review here.