The Fable franchise has been deteriorating greatly for a long time now. After Fable II (and some might say even before that), the series started going downhill. Fable III was a sore disappointment after Fable 2, and considering everything that Molyneux promised, and Fable: The Journey just looks like a really cheap cash-in. And now Lionhead has come up with this 2D, cartoony brawler in the hopes that a new and fresh look will help revive the franchise.

However, they have failed quite miserably. While the new look is certainly charming and ill keep you intrigued, it’s not enough to keep you coming back to this less than ordinary brawler. 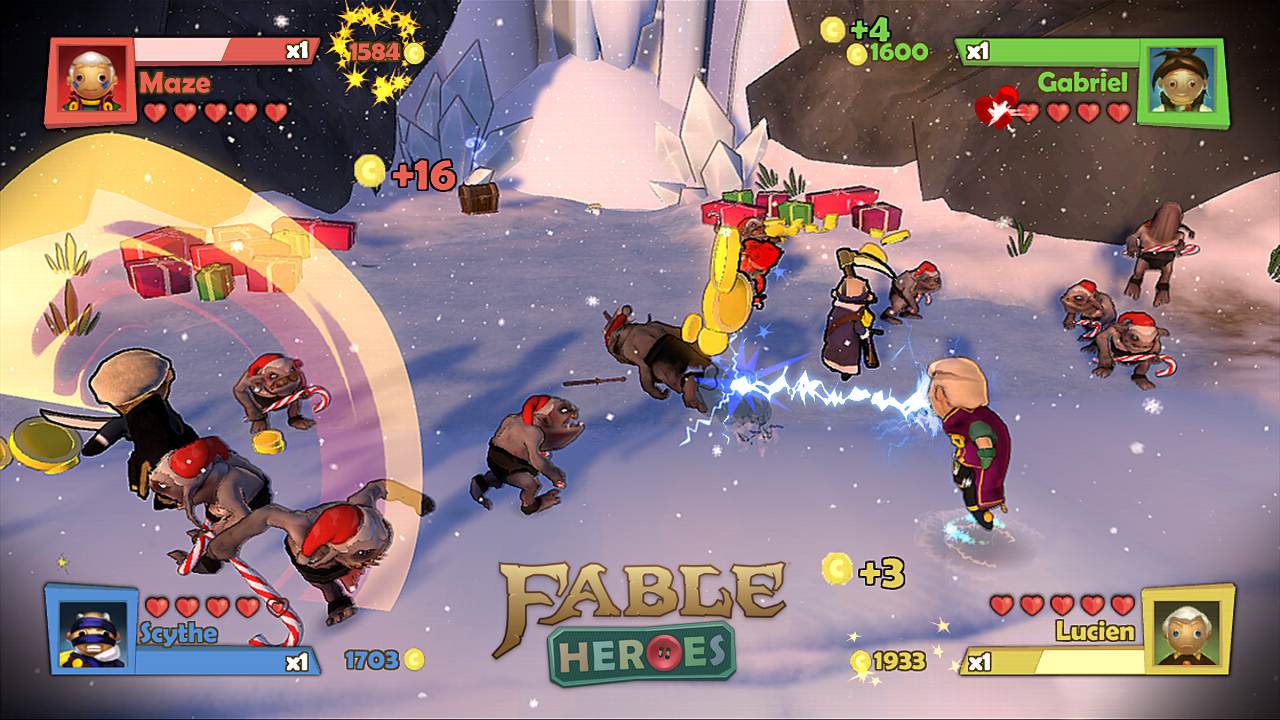 There’s a lot wrong with Fable Heroes. First off, the combat is dull and repetitive. All you have to do is mash some buttons mindlessly, and each level will be finished in about 5 minutes (each, of course). There’s hardly any challenge here, and with the game world being linear and unimaginative, you can literally complete the entire game without any semblance of a challenge.

The bosses do pose some challenge, to be honest. They’re each about as long as it takes to get to them through their respective levels, and their health meters are considerably decent. They do get on your nerves sometime, as having a huge health meter doesn’t necessarily mean being sizeable opponents, but I personally enjopyed the boss battles (at least initially).

The mini-games in Fable Heroes are also ridiculous, and they feel a bit too old school, right to the point of feeling redundant. They feel unneeded and greatly hinder the game’s pace (or the little that it does have).

Every other fundamental feature of the game is also very clunky and poorly executed. Right from the characters and their sluggish movement and the currency system of the game to the crappy and useless updates and lack of veriety, the game disappoints continuously.

I must, however, admit that the game looks very good, and its new visual style is very appealing to the eye. The cel shaded look has a certain charm to it, and even if it fails to redeem all the horrible aspects of the game, it’s worth mentioning and appreciating.

Ultimately, Fibble Heroes is a disappointment. That’s not to say any of us expected much from this game anyway, but it’s definitely a blemish on the Fable franchise name, and you should stay away from this game at all costs, no matter what your level of love for this series and developer is.

Stay away from this game at all costs, no matter what your level of love for this series and developer is.

A copy of this game was provided by developer/publisher for review purposes. Click here to know more about our Reviews Policy.
Tagged With: Fable Heroes, Microsoft, xbox 360, Xbox Live