There’s a way to get the Pip-Boy, if you’re willing to work for it. 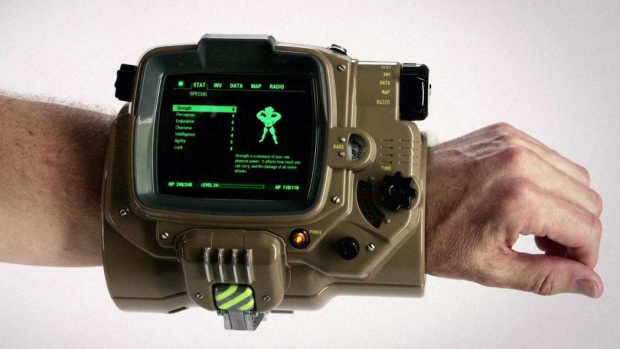 Ever since the Limited Edition of Fallout 4 was announced, complete with a real life Pip-Boy that you can wear on your wrist, there has been a great demand for the device. In the United States, this edition has been sold out, then replenished and then sold out again. With just a couple of months left until the game hits store shelves, it’s not surprising that it’s hard to find at this point.

There is hope for those of you who are really desperate to get your hands on this little diddy. Zenimax and Bethesda announced the release date for Fallout 4 in Japan today (It’s December 17) but more importantly announced that there will be a limited number of the version of the game that comes packed with the Pip-Boy in Japan as well.

The Games Cabin got it’s hands on a recent release saying that the Pip-Boy version of the game will be hitting Japan with a slightly higher price tag than it was here in the United States and Europe. Those who want to try and order the Limited Edition from a Japanese retailer can get it for about $140 per unit. Of course, if you do that, you’re going to be waiting even longer than if you just purchase the game in a place where the game is coming out a month earlier. If you really want to have some fun, just wait until the Pip-Boy starts popping up on eBay and then you can have the opportunity to likely pay five or six times the actual value of the device. Fallout 4 is launching for the PC, PS4 and Xbox One on November 10.