PS4 performance can dip down to 15 FPS thanks to heavy fog effects. 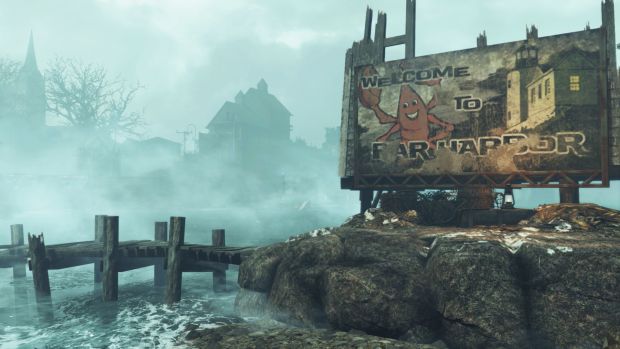 Despite some relatively good content, including an interesting story and a fun new area to explore, Fallout 4‘s new expansion Far Harbor isn’t without its issues. A new technical analysis by Digital Foundry discovered that the frame rate performance on the PlayStation 4 could be improved.

After patch 1.6, it was discovered that the new areas run at 20 FPS and can occasionally dip down to 15 FPS. Compared to the Xbox One version, which “consistently runs at a higher refresh”, the PS4’s performance for Far Harbor is perhaps the most sluggish in the entire game. Both console versions are meant to target 30 FPS.

This is primarily due to the new fog effects. The analysis notes that alpha transparency effects are rather thick and while the Xbox One isn’t perfect either, it doesn’t suffer as much as the PS4 version.

Performance issues are nothing new for certain PS4 titles (remember how The Witcher 3: Wild Hunt faced performance issues on the console for months?) but Bethesda should address the same soon so stay tuned.