Just when you thought Bethesda was down for the count with Fallout 4 – not including the Fallout 4 VR title that was showcased at E3 2017 – the company announces Fallout 4: Game of the Year Edition and Pip-Boy Collector’s Edition for release in September.

As for the Pip-Boy Collector’s Edition, it will available in North America at a few retailers. Along with a real world version of Fallout’s infamous Pip-Boy, it will also contain Fallout 4: Game of the Year Edition and retails at $99.99. Both editions will be available on Xbox One, PS4 and PC on September 26th.

Meanwhile, Fallout 4 VR will release in Q4 2017 for HTC Vive. Find out more about it here. 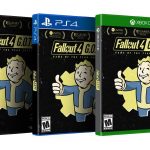 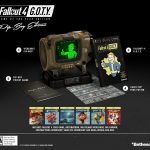