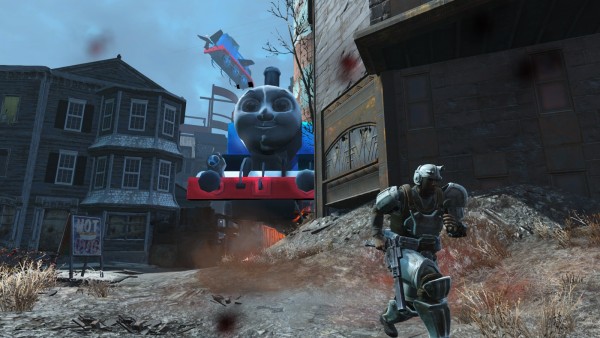 Then there is this- the Really Useful Fallout mod replaces a whole host of things in the game with a Thomas the Tank Engine model. This includes Deathclaws, Vertibirds, Liberty Prime, and things such as missiles- just for starters. Effectively, this mod makes Fallout 4 the game it was always meant to be, painting a bleak picture of a post apocalyptic wasteland, where humanity struggles with its own nature in its quest for survival, fighting against the human condition, the elements, and a world populated by Thomas The Tank Engines.