While Bethesda has made a number of comments about how hard it has worked in order to make sure the marketing cycle of Fallout 4 is as short as possible that doesn’t mean they haven’t done a pretty top notch job making sure that the game is getting as much coverage as possible. One of the smartest approaches the company has taken is making sure that items inside the game are tied to things in the real world.

There was the story of the man who was able to preorder a copy of the game using bottlecaps (though Bethesda isn’t likely to repeat that one) and now the company has announced that it will be releasing a special Fallout 4 collector’s edition of Monopoly. The upcoming board game was anounced on the company’s Twitter and there isn’t much in the way of details about the game right now other than it’s coming soon. It seems likely that it will get a release date somewhere around the actual video game’s.

It also stands to reason that the game will take on the theme of the world inside Fallout and that should get plenty of fanboys excited about the prospect of playing this version in no time. It’s a safe bet the game will feature locations and enemies from the series making this one boardgame we’re pretty excited to get our hands on. Fallout 4 launches for the PS4, Xbox One and PC on November 10, 2015 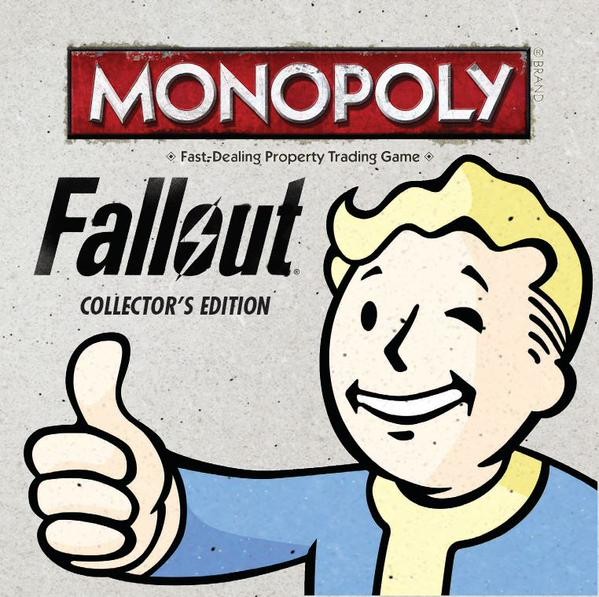