Fallout 4 Will Be The Star of Bethesda’s E3 Conference, Industry Insider Teases 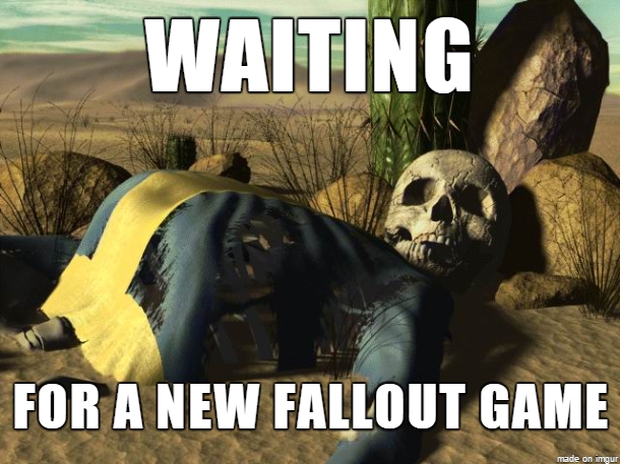 It seems strange that now is the time that groups like Bethesda and Nintendo decide to make a move on E3, especially given that some believe that there is a fading interest in the trade show. But I must admit that myself, and a great many others are looking forward to what Bethesda has to say that’s worth hosting their first ever E3 conference.

Speaking about the matter through their personal Twitter feed, the well known industry insider Shinobi602 said,”Fallout 3 gameplay debut: E3 2008. Release: October 2008. Fallout 4 gameplay debut: E3 2015.Release: ???Believe.” This could of course mean absolutely nothing and just be a Tweet with a personal prediction, but it could also be one of Shinobi’s inside lines that we’re yet to discover. As usual all industry insiders’ comments should be taken with a grain of salt unless it’s confirmed by the developers by themselves but Shinobi602 has a solid track record so far.

We all expected Bethesda to talk about ESO going free to play post purchase, but what if they actually are taking to the stage to talk about Fallout 4? It wouldn’t be difficult and the resulting explosion in interest would be instant.