This was not information known before right about now. 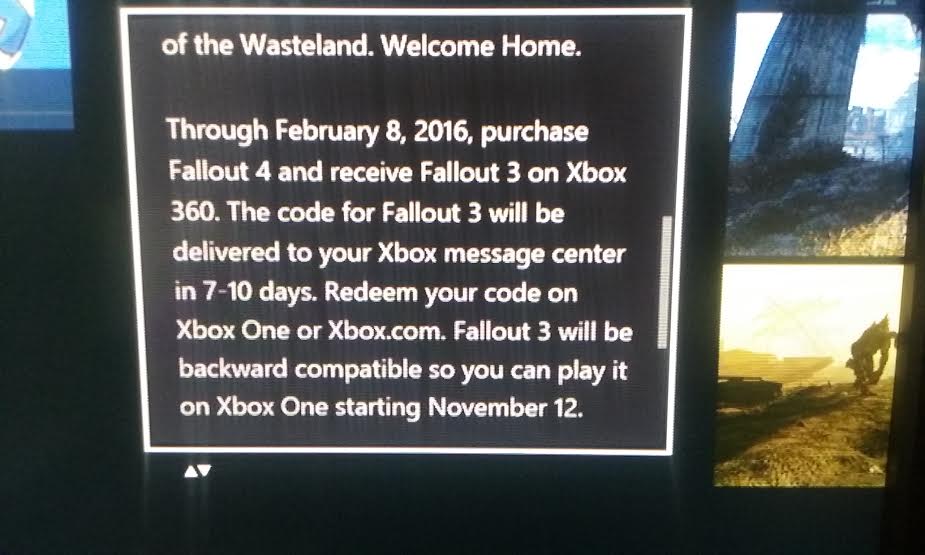 Unfortunately, this won’t go on forever- while you get to keep your copy of Fallout 3 once you get it, you don’t have forever to get it to begin with. Gamespot reports that Fallout 4 on Xbox One must be bought by February 8- copies bought after that will not include Fallout 3.

What’s worse is just how deep this information is hidden- as of right now, the only place you can actually confirm this for yourself is on Fallout 4’s store page on Xbox Live.

At least someone noticed this and decided to spread the word.