Fallout 76 Is An Online Only Co-op Multiplayer RPG With Base Building, Nukes, and Much More

It can still be played entirely single player, though. 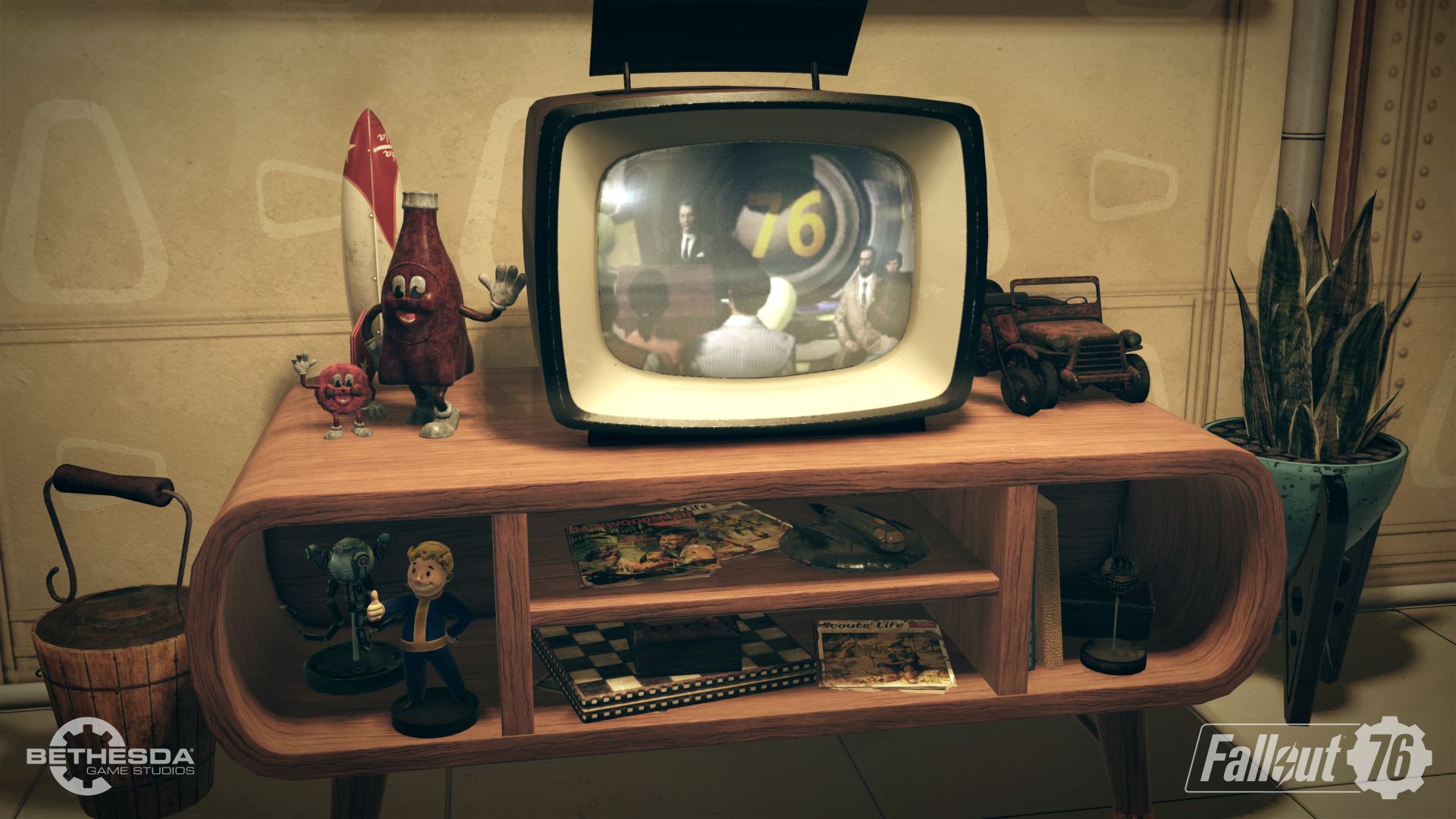 Fallout 76 was finally given a proper deep dive look at Bethesda’s E3 show today, and- yes, the rumors were true. It’s an online only co-op multiplayer RPG with survival and base building elements (“softcore survival”, in the immortal words of Todd Howard), basically marrying the design of something like Fallout with something like Destiny.

There are some important things to remember here- the game can be played entirely solo (though it will be harder), and you won’t be seeing a world that’s fully populated with other players or anything (“it’s the post apocalypse, guys, not a playground,” in the all true quip by Todd Howard). Progress, loot, and gear caries across the single and multiplayer modes.

Howard went out of his way to establish that the game would have elements like traditional Bethesda RPGs (“we love those things too, guys)- so there will be loads of emergent gameplay going on, thanks to things such as nuclear bases and silos set up all around the map that groups of players can fight to and… launch and destroy things, including other players’ bases, with. It’s literally the opposite of Metal Gear Solid V‘s disarmament ending, good job Todd.

The game itself will see you tromping across the wasteland to take out multiple super mutants and creatures- I’ve always said Fallout could be a great loot shooter (Fallout 4 was literally a single player loot shooter; it sure as heck wasn’t a good RPG), so it’s kind of neat to see Bethesda trying this out. Hopefully it works out well.

There will be a multiplayer beta for the game, but right now it seems to be tied only to the special edition of the game. If it’s made available publicly, we’ll let you know.