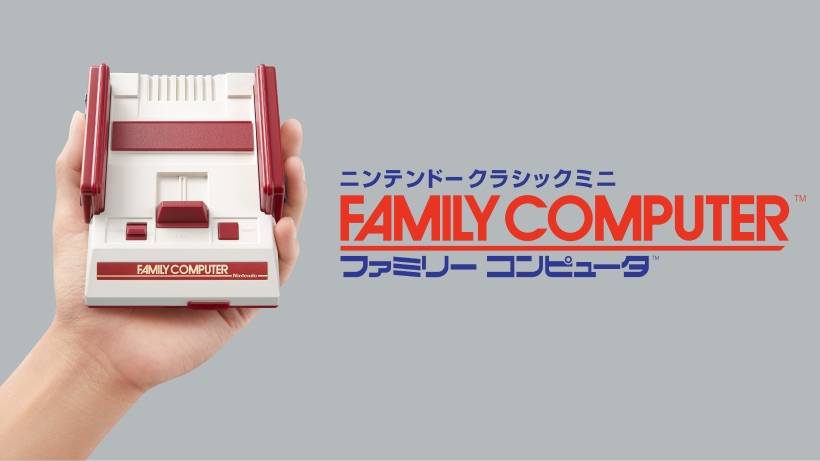 Earlier this year, Nintendo announced the NES Classic Mini for North America and Europe, a miniature replica of Nintendo’s classic 8-bit console that revitalized the console gaming industry, and which emulates 30 classic NES games, outputting them in HD resolutions. However, an equivalent for Japan had not been announced- yet.

That changed today, as Nintendo announced the Famicom Mini, a similar miniature replica of the Famicom, which was the Japanese NES, for the country. The Famicom Mini will have similar functionality to the NES Mini, albeit some of the games it will have will be different- instead of Bubble Bobble, Castlevania 2, Donkey Kong Jr, Final Fantasy, Kid Icarus, Punch Out, Startropics, and Tecmo Bowl, the Famicom Mini will have Yie Ar Kung-Fu, Atlantis no Nazo, Solomon’s Key, Tsuppari Sumo, River City Ransom, Final Fantasy 3, Mario Club Golf, and Downtown Street Challenge.

The Famicom Mini will launch on November 10 for 5980 Yen, which actually puts it in direct competition against Sony’s PS4 Pro. It will be interesting to see whether Sony’s riff on the future of console gaming, or Nintendo’s blast from the past of console gaming, will do better- at least as far as Japan is concerned, at any rate.