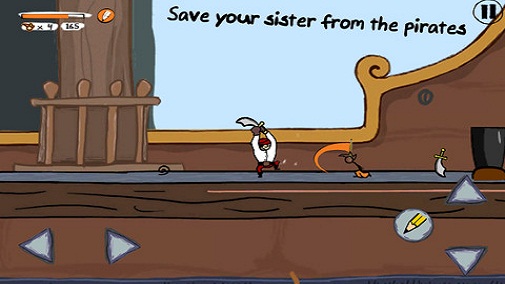 Fancy Pants is an interesting platformer and is quite a good one as well. It was originally a flash game which is now ported to the iOS, and if you’ve played the flash game before then there’s absolutely nothing here that warrants a purchase. Nothing. In case this is your first time with the game, then by all means continue reading.

The game is quite unique in the sense that the platforming aspects are solid, and for an iOS game there’s very few games out there that resemble it. There are also different ways of finishing a level which is quite a nice surprise. The game isn’t that hard but you will encounter some challenging moments where you have to fight enemies via melee and this is where the game falters. 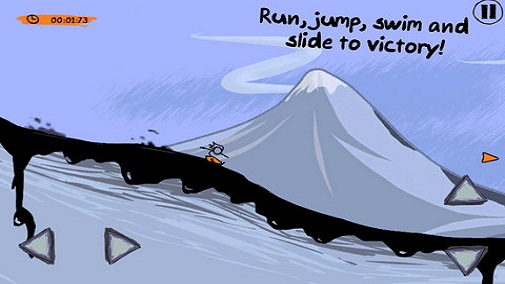 Early on in the game you have the ability of sliding and disarming your opponents, and this is where the game remains fresh  and intriguing. I would have loved it if there were only platforming mechanics in the game and no melee stuff, because it obviously felt tacked on and added nothing to the game. The controls seem to be poorly implemented as well, and for a platforming game that is incredibly disappointing.

Visually the game looks great. It’s one of the strong points of the game and the art direction is somewhat like LBP but less prominent. The visuals are the strong point and one of the main reasons why the game stands out compared to the other generic iOS games out there. It also runs pretty well considering you have to move pretty fast and maintain a flow. I tried it on the iPad 2 and it was smooth as butter. 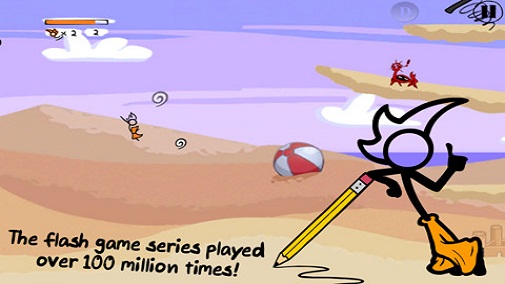 There are no difficulty spikes here and mistiming a jump won’t cost you a lot in terms of lives, but it is definitely annoying considering the entire game is dependent on the momentum of the character. Once you setup a decent flow you can have a lot of fun with this, but the pacing comes to a halt during combat and as I said, it’s one of the most disappointing things about this game that drags it down from great to average.

Fancy Pants is a great game provided you haven’t played the flash version, and buying the iOS version is very much recommended if its your first time. The platforming elements are solid, the visuals are great and although there are a few niggles here and there it doesn’t seem to hamper the game in a big way.

The game was reviewed on the iPad 2.

The visuals are good The platforming mechanics are solid.

Final Verdict:
FAIR
The platforming elements are solid, the visuals are great and although there are a few niggles here and there it doesn't seem to hamper the game in a big way.
A copy of this game was provided by Developer/Publisher/Distributor/PR Agency for review purposes. Click here to know more about our Reviews Policy.