On April 15, Microsoft officially shut down the original Xbox Live, and with that the most played Live game, Halo 2.

But now, some Halo 2 fans decided that they don’t want to say goodbye, and have left their Xbox’s running ever since the shutdown. 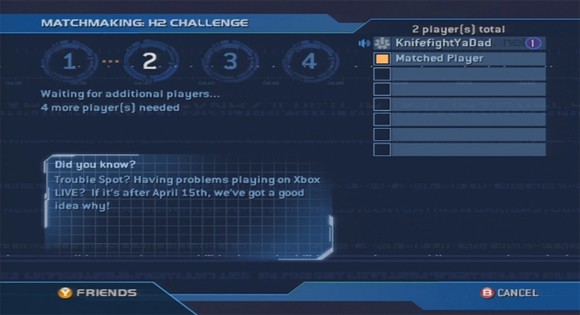 Here is the list of all these Halo 2 players, they are the only 9 people still able to shoot each other in Halo 2, that is until Bungie or Microsoft do something about it: