Fantasia: Music Evolved Wiki – Everything you need to know about the game

Everything you need to know about Fantasia: Music Evolved. 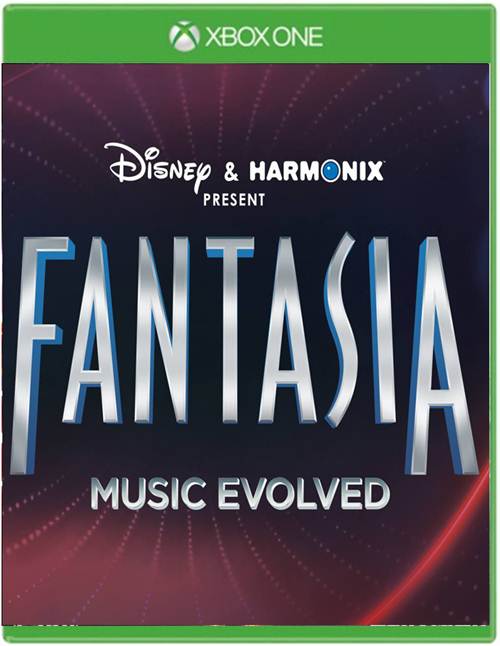 Fantasia: Music Evolved is an upcoming musical rhythm game that utilises motion controls that is currently in development by Harmonix, the developers behind games like Guitar Hero and Rock Band. It’s also going to be published by the powerhouse studio, Disney Interactive Studios (Duck Tales and the Epic Mickey series).

Despite a marked decline in the demand for rhythmic music games in recent years, it is expected to sell well based purely on the Disney label alone. Currently in development exclusively for Microsoft’s Xbox 360 and Xbox One, the game will make use of the Kinect sensor. Marketed as an interactive sequel to the Walt Disney Classic, Fantasia and Fantasia 2000, the game is expected to arrive at some time in 2014 for the Xbox 360 and Xbox One.

While there is no specific date that mentions when Fantasia: Music Evolved started its development cycle, we do know that at some point in 2010, Disney Interactive Studios contacted Harmonix with the initial idea. Then at the top of their game due to the massive success with the Dance Central series, Harmonix were busy trying to create their own next entry into the motion controlled music world. Since they didn’t normally make use of a third party intellectual property (IP) they were initially not open to the offer proposed to them by Disney.

However, at a meeting to discuss the concepts behind the game, there was apparently an instant connection of sorts, the team could see how well that Fantasia, specifically, could work very well with what they already had in the works. The idea behind the game was to give the player a much more important role in influencing the gameplay and music. Since the title is based on a very famous piece of classic animation and music, it would have been simple to have had the player simply stand there and wave their arms around, effectively just sitting in on an interactive ride. But both Disney and Harmonix wanted something more, something tangible. Rather than start from an already stable platform, they went back to Walt Disney’s original production notes instead of using Fantasia as a reference.

The development team working on Fantasia: Music Evolved took a liking to the dream sequence entitled “Sorcerer’s Apprentice”, in which the icon Disney mascot, Mickey Mouse is seen controlling the weather and the orchestra with great sweeping powerful gestures, bringing order to the chaos from his perch upon a mountain top, effectively acting as a conductor. This concept of “reaching out” is what helped shape the gameplay and is directly reflected in the gameplay, it was Mickey Mouse in this scene where “magic and the manipulation of music itself were woven into a single act” which became the central pillar around which Fantasia: Music Evolved would be built.

Gamers will be following a story that will be instantly recognisable to any fan of Disney’s Fantasia, the narration that plays throughout the game is directly linked to and makes reference towards the 1940 animated classic. Specifically the segment known as “The Sorcerer’s Apprentice”. The player will fulfil the role of Yen Sids, (The Sorcerer) new apprentice and it is their task to breathe new life into the worlds that he creates throughout the course of the game. These initially baron worlds are flooded with life as the player moves in rhythm with the music, which is fully licenced.

As the game progresses and the player’s score increases they will unlock certain gestures, presumably something similar to that of an orchestra conductor, that will influence the music and change various elements of its fundamental composition. “In building a gesture system we wanted to give a lot of freedom to people, so it’s not this ‘copy what you see on screen’ thing, which is what we did with Dance Central. Here, you’re moving rhythmically, and we wanted to give players the sense of freedom of expression. The decision behind full body motion rather than relying on a crudely shaped piece of plastic, (see Rock Band instruments for an example) was rooted in drawing inspiration from experiences found in Dance Central, according to Creative Director Matt Boch, “Through our experience with Dance Central, we thought it was really awesome to have people moving along with the music, and that rhythmic connection was really strong,” Boch said.

“So we decided it has to be about the player’s body, it has to be a game where they’re actually moving around space and exploring music through their body.” In a given example, the player traced a line of arrows with her body in time with the rhythm of the song; this well timed movement resulted in additional layers being added to the music in the form of rock, orchestral and brass instrument overlays. Thanks to the implementation of the Kinect sensor the game has a better sense of what the player is doing which is represented on screen as a silhouette, this will then influence objects in the surrounding area when the two come into contact.

Fantasia: Music Evolved is designed around the player having total control, they need not worry about getting high scores or a flawless play through without missing a beat, and this is because unlike previous games from Harmonix, the player cannot fail. Regardless of the amount of feedback given by players, they will never lose.

While players are indeed, guaranteed a great selection of music to play with as they proceed through this ambitious title, there is yet to be an actual official track list that gives us an insight into what we can expect. The only titles that have been confirmed thus far are:

Needless to say it’s a tad underwhelming, but with the game still some way off, there is a great deal of time for this to be updated. There is said to be songs from more than 25 separate artists, with each song having multiple remixes, but unless each artist contributes at least 2 songs, this is still a meagre showing, one that will most likely be improved upon through the release of paid DLC.