Go on, play the game now. 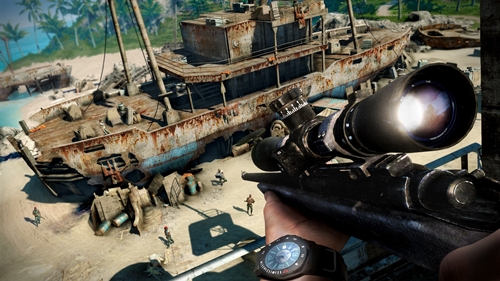 Ubisoft had revealed earlier that Far Cry 3 won’t have any DRM, however, it turns out that many people can’t play the single-player due to Uplay which requires the Internet to authenticate the game.

RPS wrote a lengthy post on the issue,  and I think this has to be one of the biggest blunders ever. It is essentially confirming that Uplay is a sort of DRM while it’s not. However, thanks to a post on Reddit, you can access the single-player by simply setting the service to offline.

The issues are now officially fixed but Ubisoft had issues an apology on Twitter stating that “We’re very sorry for the server issues affecting Far Cry 3 on PC and are working as fast as possible to restore the service.”

Well it’s now restored and gamers can enjoy one of the best open-world games ever made.

“Dear #FarCry3PC players, thank you for your patience, our servers are back up & running. Have fun playing!” they tweeted.

So there you go, the issue has been resolved and the game looks spectacular on PC, which now everyone can enjoy of course.