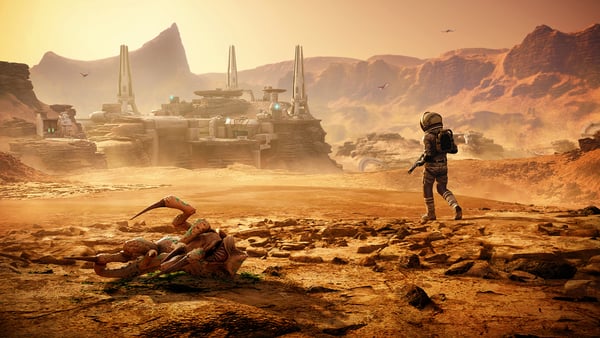 The DLC for Far Cry 5 continues the tradition of the downloadable content for the games being set in totally off-beat, unexpected places in time and space. So where Far Cry 3 gave us the awesome standalone expansion Blood Dragon, Far Cry 5‘s Lost on Mars takes us to, you guessed it, Mars.

What does Far Cry on the red planet look like? Well, if you want to see how Ubisoft translate their brand of systemic, emergent, over the top open world sandbox gameplay to a whole different planet, this new gameplay video for the game, which you can see below, might be up your alley- it gives us a full 55 minutes of gameplay footage from the expansion.

It looks interesting, from the comic book aesthetic adopted for storytelling, to the rather absurd and over the top abilities (such as the jetpack) that you have access to in this game. It is very clear that any attempt to be grounded went right out the window with this one.

Far Cry 5 is available now on PS4, Xbox One, and PC, with Lost on Mars coming to those platforms tomorrow, on July 17. Get more details on the DLC here.