"White Collar Job" tasks you with hunting wolves and gathering their collars. 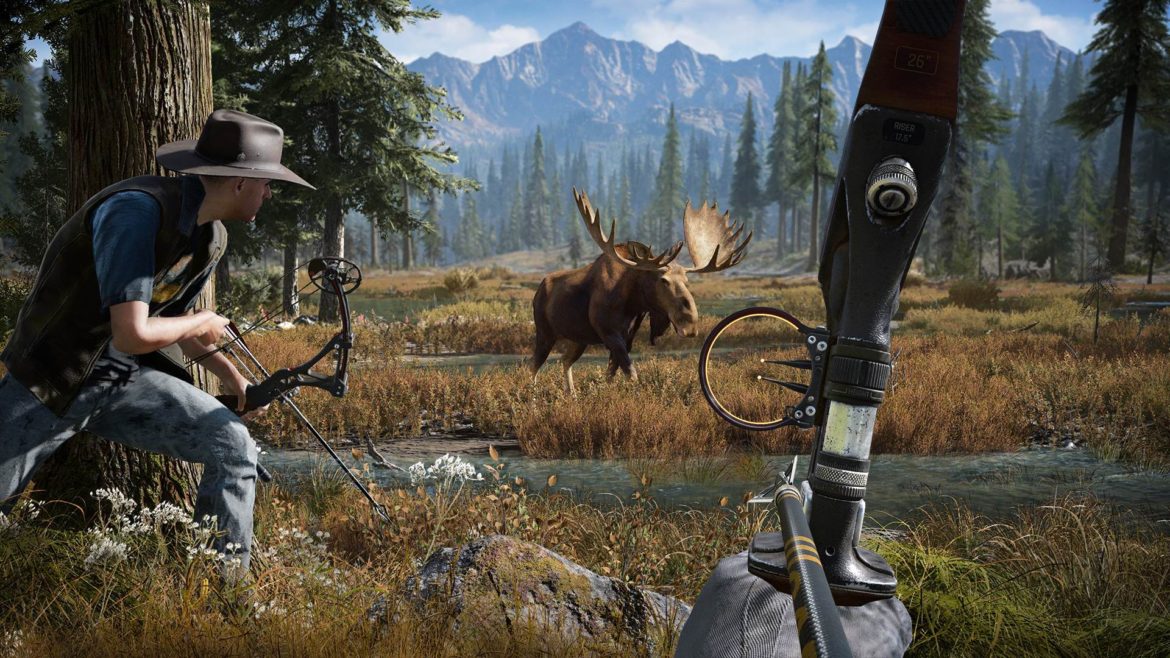 Prepare to harness your inner Katniss Everdeen – Far Cry 5’s latest event focuses on killing enemies with arrows. Titled “White Collar Job”, the event sees players either killing Jacob’s Judges or wolves using arrows and collecting their collars. The former are actually tougher versions of wolves so don’t get cornered by them.

Collecting five collars will net you 100 XP and 50 cash while 10 collars bestows 100 XP and the Shovel Launcher. If the community as a whole obtains 500,000 collars then they unlock the “Jacob’s Hunter” outfit. And yes, if you’re still curious, the Shovel Launcher actually launches shovels. What more reason do you need to play?

White Collar Job will be available until May 8th for Xbox One, PS4 and PC players so there’s plenty of time to complete it. Despite launching on March 27th, Far Cry 5 is still going pretty strong – it’s currently ranked second among the top-selling UK games after spending weeks on top.