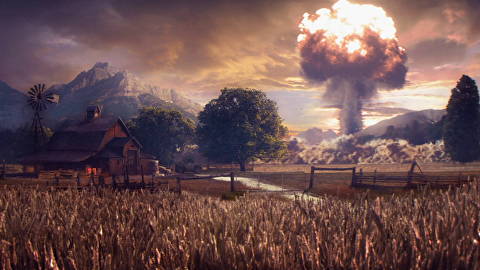 Ubisoft has confirmed today that the next Far Cry game announcement will be coming at The Game Awards on Thursday, December 6 2018. The Ubisoft Twitter account officially posted a teaser for what this new Far Cry game may be, promising a full reveal at the event.

The actual tease is… interesting. It seems to show off a post nuclear American wasteland, which is almost Fallout-esque, and almost suggests that the game may end up being a direct sequel to one of the endings of Far Cry 5 (which launched earlier this year).

Whether this means that this will be an interim Far Cry project (such as Blood Dragon and Primal), or an actual, full new mainline numbered entry remains to be seen, but we’ll know by tomorrow evening for sure anyway. Meanwhile, if you haven’t already, do make sure to check into Far Cry 5–our review for the game should tell you all you need to know about why the game is a must play for fans of the series.

Tune into the Game Awards for the world premiere of the next Far Cry. pic.twitter.com/JDTrfsevkX