The Vanishing sees Dani investigating a strange bunker in order to access the Shadow Place, which is based on the Upside Down.

Players can expect to come face to face with some of Stranger Things' most horrendous threats, like the Demogorgon.

Meet a Rambo superfan and venture across Yara to assail waves of enemies in solo or co-op. Earn the Vengeance Bow which fires exploding arrows.

The mind of Kyrat's former dictator is the latest playground that Far Cry 6 Season Pass holders can look forward to next week.

Team up with the famous actor and wreak havoc on Castillo's forces in a new mission and Operation with new rewards to unlock.

A "work-in-progress" version of the mission was released early and has since been removed with the latest Title Update on consoles.

The opening title sequence can now be skipped, performance has been improved, and enemy respawn rate is improved around some areas.

Ubisoft has been sending out emails to players who haven't finished Far Cry 6's lengthy campaign in an attempt to get them to come back to the game. 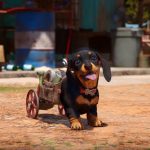