The expansion retails for $19.99 standalone and sees Dani exploring alternate dimensions called Rifts for a mysterious being called Fai. 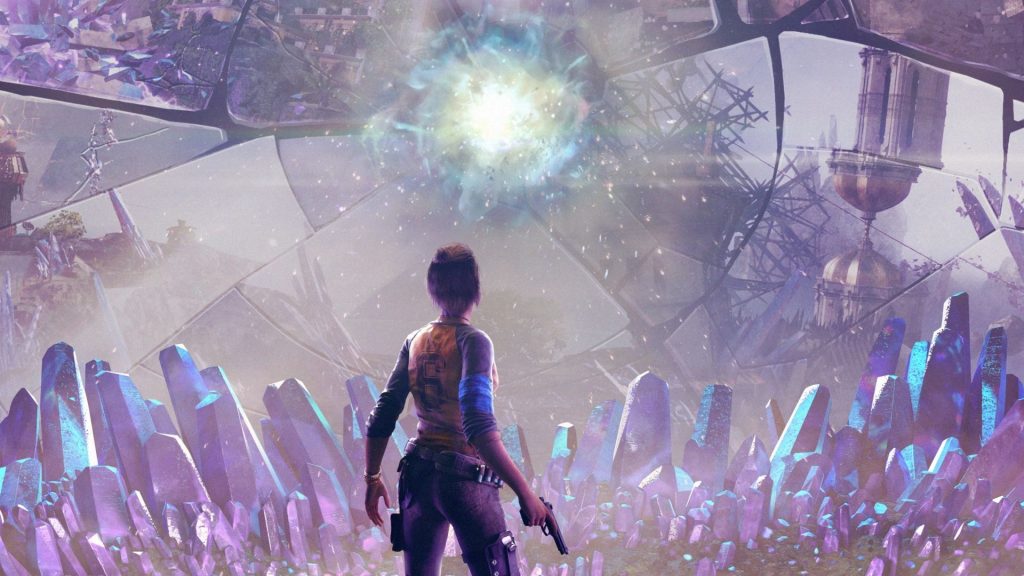 Ubisoft Montreal has revealed the first gameplay for Far Cry 6’s next big expansion, Lost Between Worlds. It’s out on December 6th and costs $19.99/€19.99 standalone while also being included in the Game of the Year Edition. Check it out below.

The story sees Dani Rojas encountering (and shooting) a mysterious entity called Fai, trapping both in a strange multiversal junction. As a result, she must traverse alternate dimensions called Rifts and retrieve pieces for Fai, though it seems to have an ulterior motive. New crystal-like enemies called Shardfaces abound, and it seems players will need to alternate between red and blue firing modes on new weapons to kill them.

Each level also promises “multiple player paths,” which should offer some replay value. There are 15 Rifts in total, ranging from a floating fortress to Esperanza underwater. Collecting energy fragments allows for retrying a Rift if you fail. But complete them and you’ll receive some powerful gear that can be used in the main game.

Far Cry 6: Lost Between Worlds launches for Xbox One, Xbox Series X/S, PS4, PS5, and PC via the Epic Games Store and Ubisoft Connect. It’s also available on day one on Ubisoft+. Stay tuned for more details in the meantime.