Fate of the World Announced

Red Redemption Ltd announces that “Fate of the World” will be the title of its latest game currently scheduled for release in the 3rd Quarter of 2010. “Fate of the World” is a nail biting set of global warming scenarios covering 200 years of Earth’s existence.
At the heart of the game are 10 ‘Masterplans’ where the player calls the shots for all mankind including ‘Apocalypse’ where the gut wrenching goal is to raise the planet’s temperature a lethal degree; ‘Lifeboat’ where the goal is to save only the player while abandoning everyone else to whatever catastrophes await them; and ‘Utopia’ where a player can try to build a perfect society while battling population growth. 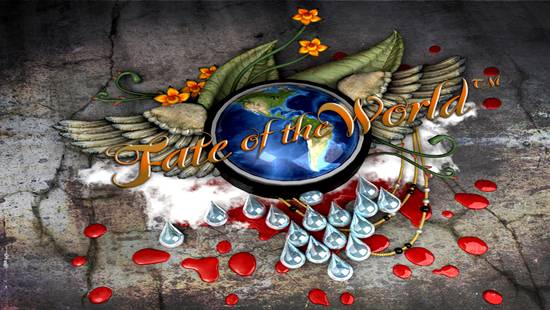 ‘Fate of the World’ lets players explore the next two centuries, trying out geoengineering, fusion power, wildlife adaption, and many other brain teasing and sometimes alarming, options. The balancing act of protecting the Earth’s resources and climate versus the needs of an ever-growing world population, who are demanding ever more food, power, and living space, creates a challenging videogame containing many surprises.

Red Redemption’s Managing Director, Klaude Thomas, formerly producer of #1 charting ‘Battlestations: Midway’ for Eidos, is producer of “Fate of the World”. Thomas said ‘our original title was “Climate Challenge”, which built on the success of our BBC game in 2007, but we wanted the final title to reflect the wider scope of the game and suggest the black humour you sometimes need to face such a scary subject. The environmental apocalypse before us is a terrible and compelling car crash. To stretch that metaphor unforgivably, we sometimes feel we’re in the passenger seat. “Fate of the World” puts us back in the driver’s seat.’