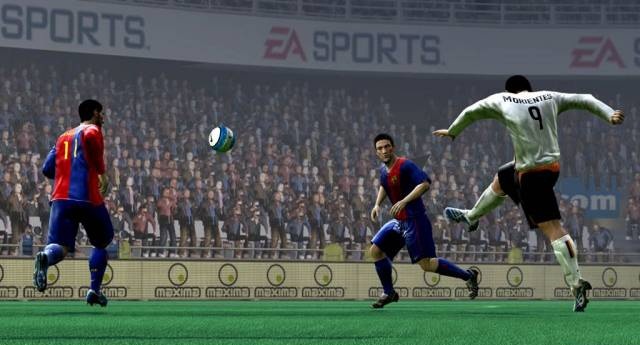 Our UK correspondent George Reith recently had the opportunity to conduct a telephonic interview with EA Sports. We were able to ask them several questions about FIFA 12. Gameplay director Aaron McHardy said, when asked what they felt about Konami’s competing series Pro Evolution Soccer, that “it’s good to have the Konami guys around” and that they both push each other to make better football games.

“I think it’s a good think to have big competitors like ourselves and Konami in the same space,” he said. “We’re always pushing each other, and we’ve always got one eye on what they do. They’ve been making fantastic games for years.”

“And, you know, we’re watching what they do and they like to watch what we do,” he continued. “I guess the two big games in the same market really push each other to really not relax and keep pushing the boundaries of what can be done in a football game.

“So it’s good to have the Konami guys around. And I’m sure, like I said, they’re watching us and we’re watching them and we’re pretty conscious of each other.”

Stay tuned to GamingBolt for the massive full interview. Till then, we’ll keep you hitting with more updates.