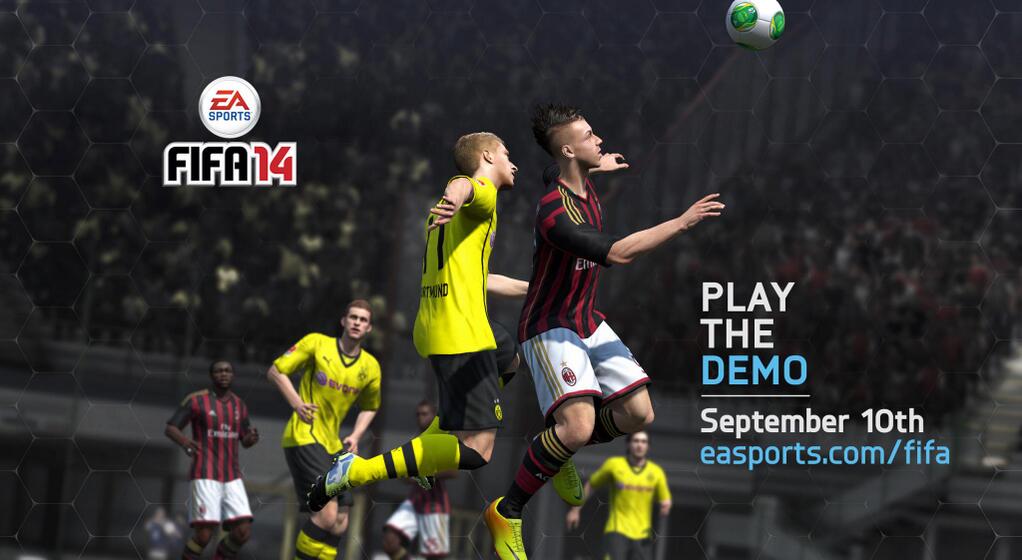 EA Sports has announced via Twitter that a demo for FIFA 14 will be arriving on September 10th for PC, PS3 and Xbox 360. This will offer consumers their first chance to play the game and experience many of the new gameplay mechanics for themselves prior to the game’s release.

FIFA 14 will be the first game in the series to be a cross-generational title, releasing for PS4 and Xbox One when the consoles debut in November, but it will bring many more improvements to the series with its animations, the return of Ultimate Team mode, and an Xbox One-exclusive Ultimate Legends mode that lets players create teams with various football legends and contemporary players.