How does the PS4 improve the characters’ uniqueness? 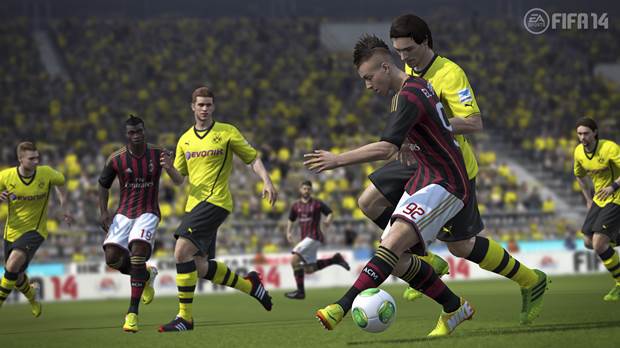 While we know that FIFA 14, EA Sports’ next big money-maker in the sports genre, will feature the Ignite engine, what about the PlayStation 4 version? What separates it from the PS3 release?

Executive producer David Rutter recently spoke to OPM UK to explain the same, stating that, “The players on the pitch now operate as individuals that recognise what their team-mates are all about, which is a big freeing moment for us.

“If you’re talking about the individuality of say the difference between a Messi and a Ronaldo, then definitely we are starting to get much more deeply into creating those customised personalities on the pitch.” This is due to the PlayStation 4’s GDDR5 RAM allowed for this enhanced level of AI.

FIFA 14 will be releasing on September 24th in North America and on September 26th in Europe for multiple consoles such as Xbox 360, PC, Wii U and PS3, though next gen versions will come out around Q4 2013.