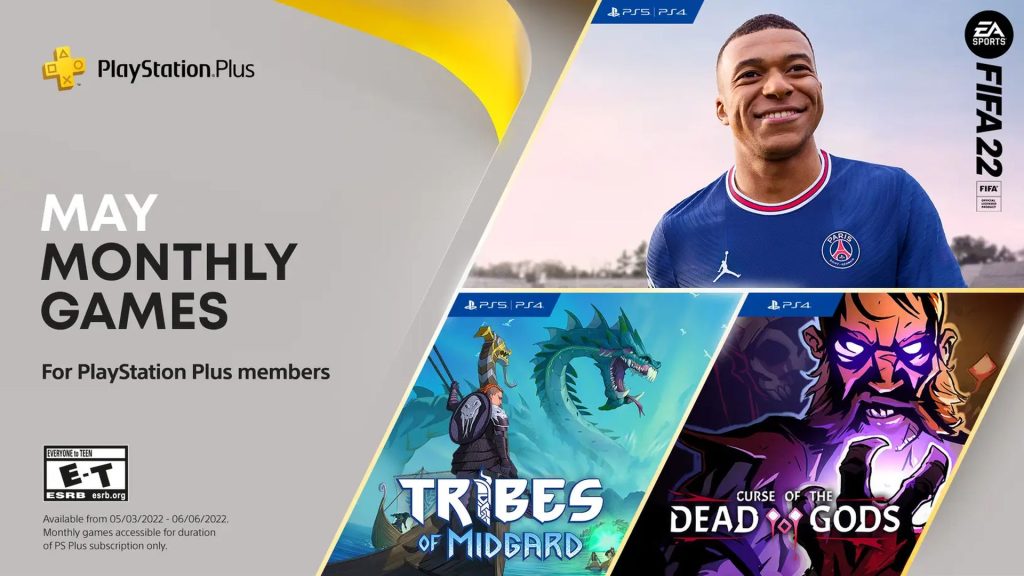 Leaked yesterday, Sony has now officially unveiled next month’s slate of free titles for PlayStation Plus subscribers. They include FIFA 22 and Tribes of Midgard for PS4 and PS5 players along with Curse of the Dead Gods for PS4. All three titles will go live on May 3rd.

Those interested in diving into FIFA 22, which features a number of improvements over its predecessor, can also avail a bonus FUT Pack via PS Plus. It includes 11 players that are rated 82 or above along with the Icon Moments Loan Player Pack for adding a stellar player to your roster. Tribes of Midgard is a survival action RPG experience by Norsfell which sees players guarding the seed of Yggdrasil from the forces of Helheim, including the Jotnar.

By venturing out into the world during the day, one can discover powerful items and resources to upgrade their base before night falls and the raids begin. Finally, there’s Curse of the Dead Gods, an action rogue-like set in a cursed temple with Relics, powerful weapons and lots of ways to die. As one progresses further, they’ll accumulate Curses which can either adhere to or punish your playstyle.

It’s also worth noting that Persona 5 will be leaving the PlayStation Plus Collection on May 11th. It can still be downloaded and accessed if you add it to your library before then (as long as the PS Plus subscription is active).