FIFA 23 is Getting a World Cup Mode on November 9

FIFA 23 is celebrating the upcoming World Cup with a new update that will add the tournament, as well as a PPath to Glory event. 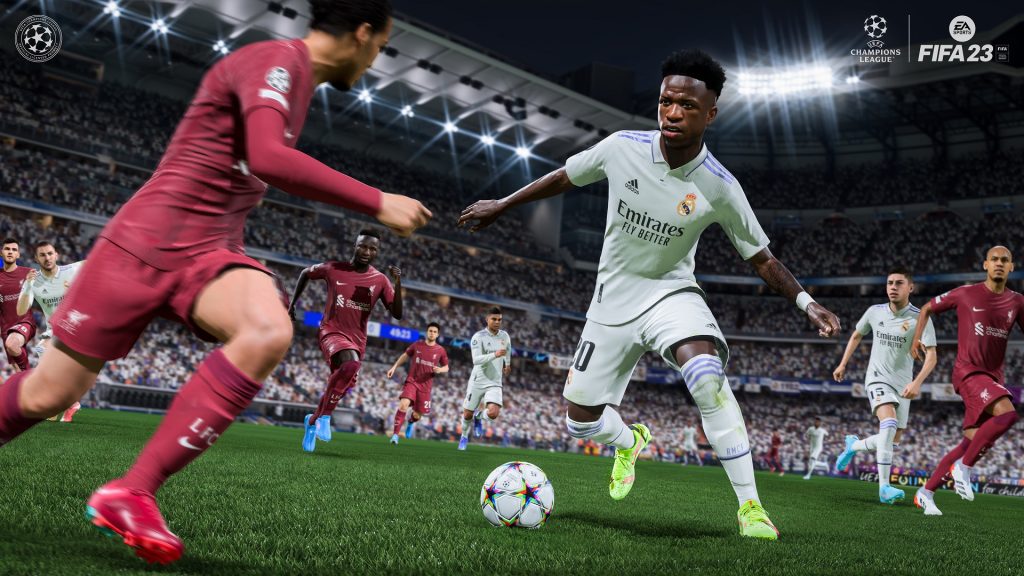 EA Sports has announced that FIFA 23 will be getting a new World Cup mode in an update set for November 9. The studio has also released a trailer with the announcement. Check it out below.

Players can take qualifying teams into the World Cup tournament either online or offline, as well as into live modes based around whatever match might be taking place in the World Cup. Players can also create and particiate in custom tournaments.

FIFA 23‘s World Cup matchday experience has also been shown off, and it will show off fans in the arena as the teams get ready for their match. The update will only feature two of the stadiums from the World Cup.

FIFA Ultimate Team won’t be seeing a new mode based on the World Cup.

There will also be a Path to Glory event, which will kick off when the World Cup starts. Players can take part in the event to unlock 30 World Cup Heroes.

FIFA 23 is available on PC, PS4, PS5, Xbox One, Xbox Series X/S, and Nintendo Switch. For more details, check out our review.