The beta is now open till Sunday as well. 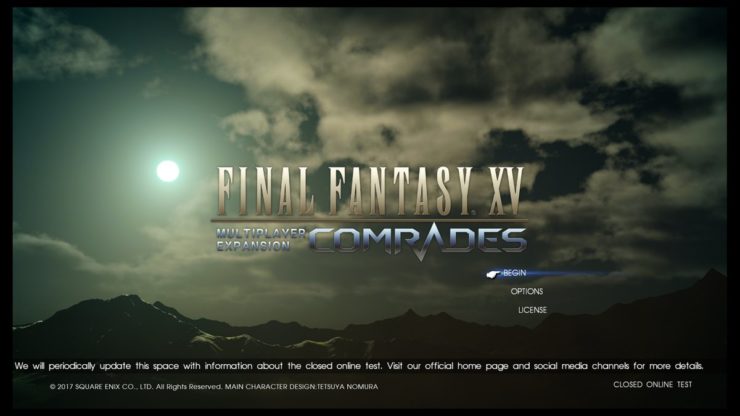 This is accompanied by the new update for the mode, update 1.02, which apparently doesn’t do much to the experience apart from ‘bug fixes’. So how the mode plays won’t be much different now versus how it played before- but, with that said, at the very least it seems like you’ll have a much more stable experience playing it than you might have before.

Final Fantasy 15 is available on Xbox One and PlayStation 4. The multiplayer mode Comrades will be releasing on both systems as well, albeit we don’t actually know when that will happen. Hopefully, we get to learn about it sometime during Gamescom.