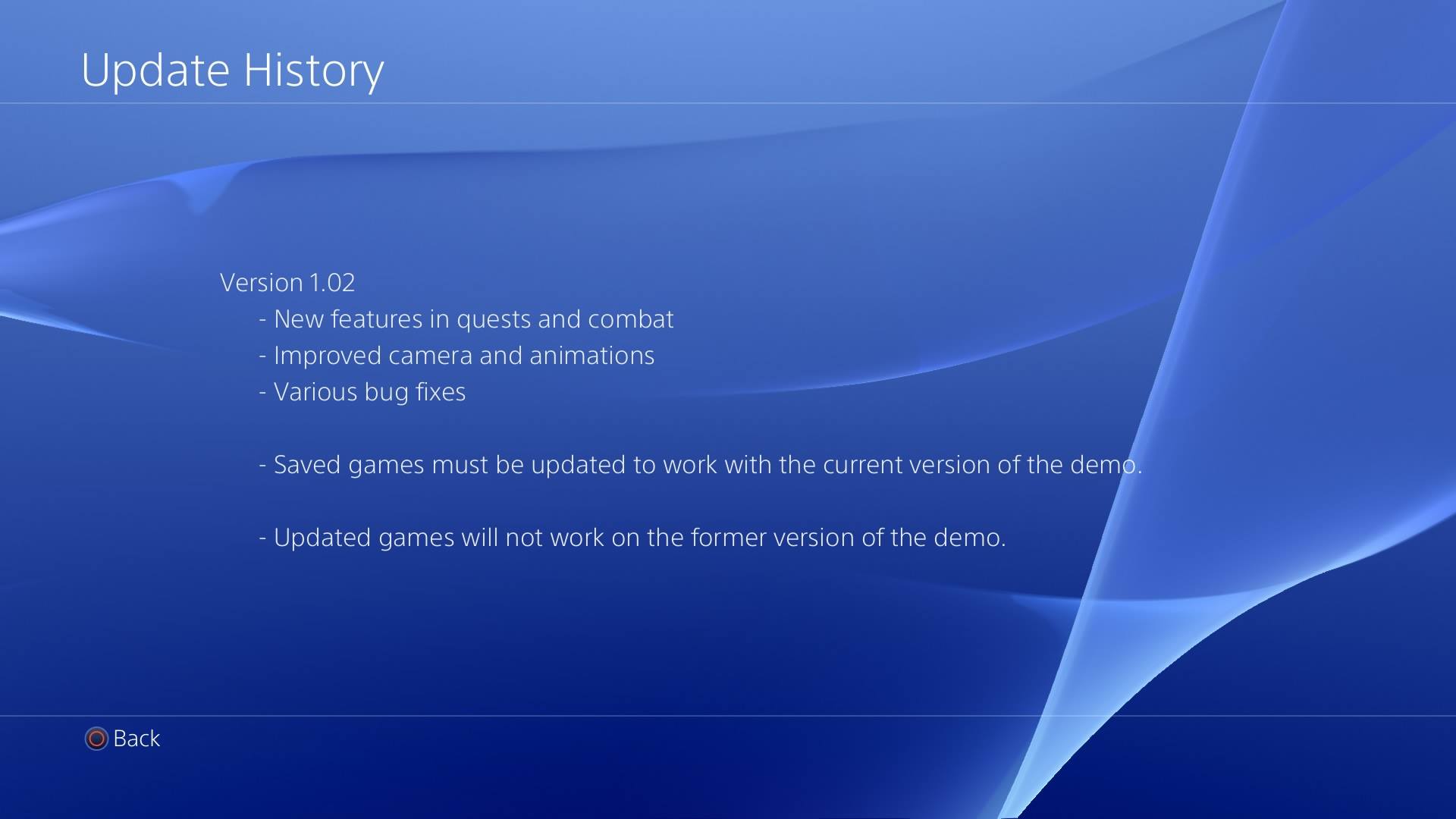 We’d already been given the good news that the unexpected (and awesome!) early look demo of Final Fantasy XV that we received alongside Final Fantasy Type 0 HD in March would be reflected free of charge soon, to reflect the changes occurring in the game and its development as well. Today, Episode Duscae 2.0 hit, and those changes went into effect, in the form of a huge patch.

The patch is apparently a thorough overhaul of the internal workings of the demo- as a matter of fact, it seems to be so drastic, that your old save data will no longer work with it. To make sure your progress is maintained, the update will ask you to also update your save files, which takes an additional few minutes on top of the time it takes to update the demo itself.

I’m personally glad that the demo is being updated at all- as great as Episode Duscae was, it was clearly a build of a game in active development, and I would like to see what the team has accomplished in the months since.